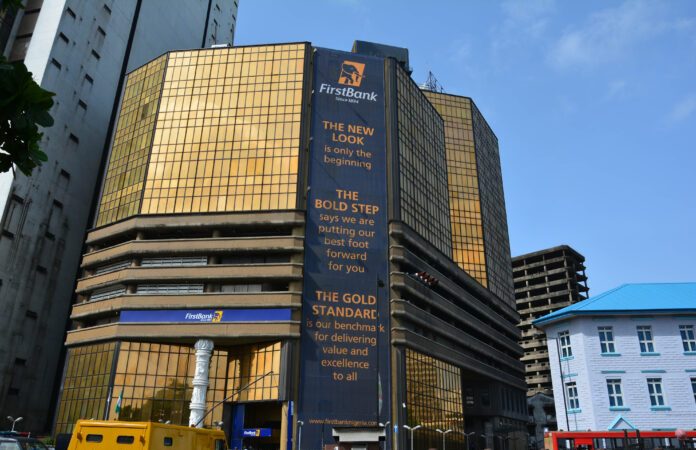 It was Sir Isaac Newton, in his letter to Robert Hooke in 1675, who wrote the now-famous quote: “If I have seen further (than others), it is by standing on the shoulders of giants.”

The shoulders of giants Sir Newton referred to has to do with leverage provided by the discoveries and experiences of people who have gone before or walked that same path earlier, that pave the way for and enable other people and a new generation to take things to a totally new dimension.

Take the fintech (financial technology) space in Nigeria, where one bank is known to have stood as a giant with very broad shoulders, having capacities that have been built up and accumulated over 127 continuous years. Every year since 2016 (apart from 2017 when it was implementing ideas from 2016, including a Digital Innovation Lab), this well-recognised bank has provided a platform for the most robust engagement of the fintech industry in Nigeria. Tagged Fintech Summit, the annual engagement has continued to help in catalysing the fintech sector to ever-higher levels from year to year.

Held in Lagos the commercial capital of Nigeria and arguably the fintech capital of Africa, given Nigeria’s status as the leading nation in the fintech space in Africa, the annual FirstBank Fintech Summit has attracted an average of a thousand participants, who are mostly fintech owners, workers and enthusiasts, yearly. Last year’s Summit, Fintech Summit 4.0 with the theme
“How Blockchain and Artificial Intelligence will Disrupt Fintech in Nigeria”, however, drew an unprecedented number of participants – over 6,000 from across 52 different countries. It was the first virtual Summit due to the restrictions imposed because of the COVID-19 pandemic and it featured as keynote speaker Silicon Valley-based innovator of international repute, Chinedu Echeruo, who founded HopStop that was later sold to Apple for US$1 billion. Imagine the inspiration, dreams and aspirations young people soak up while listening to speakers with such a profile.
Far from being one-directional – with all the talk flowing from only the speaker to the audience – the yearly Summit is actually a platform for multidimensional engagement involving various stakeholders in the fintech industry – operators, regulators, investors, enthusiasts, fintech journalists and writers, bankers, et cetera.

It offers an unequalled opportunity for networking among fintech and other stakeholders, leading to opportunities for collaboration within the community. For small businesses and start-ups powered by FirstBank’s support, the annual Summit has been a veritable platform for showcasing them. The platform has also served for the announcement of policy initiatives coupled with pronouncements that provide clarifications to policy. This is due to invitations extended to regulators and the important role they are assigned in conversations facilitated during the Summit.
The Summit that preceded last year’s, i.e., the third edition of Fintech Summit 3.0 held in 2019, featured another heavyweight in Nigeria’s fintech industry, Victor Asemota, founder of Swifta Systems & Services, as keynote speaker. The theme “Banking + Tech = Solving Real Problems”, included panel sessions featuring experts with over two hundred combined years of experience in both the financial and technological industries.

They applied their knowledge, expertise and experience to address challenges in the technologically-driven business world, structured in terms of Solving Business Problems; Solving Regulatory, Security and Legal Problems; and Solving Lifestyle Problems. At the end of the Summit, participants must have felt that the Summit delivered on the confidence the Chief Executive Officer of FirstBank, Adesola Adeduntan, had expressed when he remarked in his welcome address, “I am optimistic that every organisation represented here will be empowered to provide services with greater speed and solve real societal problems to the advantage of the Nigerian populace through the insights that will be gained from this event.“

Fintech Summit 3.0 had built on the success of the second edition, Fintech Summit 2.0 held in 2018, which had “The Future of Banking – The Role of Artificial Intelligence (AI) and Big Data” as a theme. Adia Sowho, the Managing Director of Mines in Nigeria, had, as the first keynote speaker, stressed the importance of collaboration between legacy banks and fintechs in the overall good of their shared financial services space. The Deputy Managing Director of FirstBank, Gbenga Shobo, had, in his welcome address, said that FirstBank was committed to finding the right balance in its approach in supporting the budding fintech industry. It is gratifying that the bank has since found that right balance and pushed ahead enthusiastically with the continual annual engagement that is its yearly Fintech Summit.

For those who like to bring up the argument that deposit money banks (DMBs) and fintech are rivals competing in the same space for the same customers and wonder why FirstBank, a leading deposit money bank, would itself be involved in efforts to catalyse the fintech industry, they need to wake up and smell the coffee. FirstBank is continuously evolving and staying on the cutting edge of technology in order to better serve its customers, who are themselves evolving and adapting to newer and more efficient and convenient technologies as they become available.

And FirstBank is on a journey to a future where it is happy, in the spirit of the African tradition of Ubuntu, to take all fintech along with it. In the words of another famous quote, “The sky is too big for two [or many] big birds flying in it to collide.” FirstBank believes there is ample room for all players – deposit money banks, fintech, et cetera – to fulfil their unique roles. Therefore, collaboration, not competition, is FirstBank’s watchword. And FirstBank considers fintech partners in progress in its avowed commitment to driving financial inclusion.

FirstBank’s own evolution and the transition is causing some people to question its continuous classification by the Central Bank as a deposit money bank (with a preponderance of bricks-and-mortar banking operations) rather than a digital bank. And the reasons for their argument cannot be easily waved aside. In 2020, for example, over 85 per cent of the banking transactions that were required by customers of FirstBank were performed on the bank’s self-service channels.

That means customers of the bank only needed the attention of the bank’s staff or branches for just 15 per cent of all the banking transactions they required in 2020. There are now as many as over 16 million customers between FirstBank’s digital channels of online banking (called FirstOnline), mobile banking (christened FirstMobile) and USSD banking (called *894# quick banking).

Between FirstOnline and FirstMobile, a growth of 21 per cent in the user base was experienced in 2020. Customers on both platforms conducted approximately 256 million transactions worth N15.7 trillion in the same year. FirstOnline, as of June 2021, had an impressive 597,466 customers on the service, a 17 per cent growth on the previous year and 578,292 transactions per month, averaging a value of N388 billion per month.

For FirstMobile, besides the impressive gain in numbers, it gained recognition as “Best Mobile Banking App” at the Global Finance Best Digital Bank Awards, for providing excellent self-service through its user-friendly app. FirstMobile had, as of June 2021, 4,596,203 users on the platform, which is a nine per cent growth on the previous year and an average of 27,730,830 transactions every month. While these numbers point to the giant statue of the bank, none of it excites FirstBank as much as Firstmonie, because of its invaluable role in driving financial inclusion at the grassroots level, one of FirstBank’s overriding commitments.

Firstmonie, the agent banking network of FirstBank, currently has over 130,000 agents across the country, making it the largest bank-led agent network anywhere in Africa. As the foremost financial inclusion service in the country, it has achieved over 750 million transactions worth N15 trillion (about US$30 billion) processed from inception to date.
Over 295 million of those transactions with a total value of N6.65 trillion were processed in 2020 alone – the same year COVID-19 caused widespread disruptions across the globe. Firstmonie agency banking scheme has empowered agents across all Local Government Areas in the country, providing employment to thousands of people.

FirstBank through the Firstmonie platform further supports the fintech industry via partnership collaborations with local and international fintechs. All these are geared towards expanding financial inclusion and providing a variety of services to customers of the bank with giant shoulders that customers and fintechs can stand on to see further.

As for Sir Isaac Newton, the giant of a scientist whose famous quote began this piece, if he could read us from the grave, he would feel very proud today to see that celebrated line from his 1675 letter being aptly used to represent the relationship that exists between the broad, energetic and dynamic shoulders of Nigeria’s banking behemoth, FirstBank, and the rapidly emerging beautiful bride of Nigeria’s economic sectors, the fintech industry. This relationship climaxes every year in the annual Fintech Summit and the forthcoming Fintech Summit 5.0 promises to take the relationship to a whole new dimension. 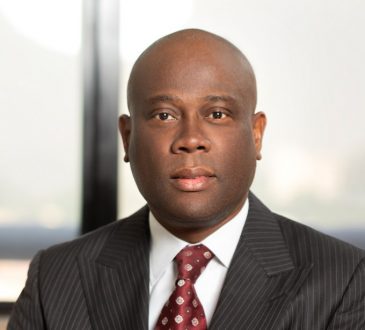 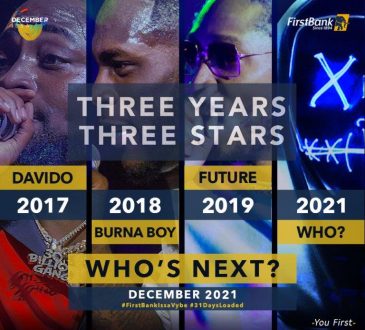 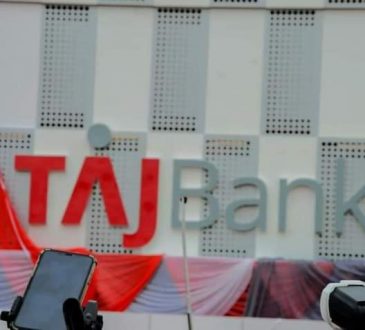