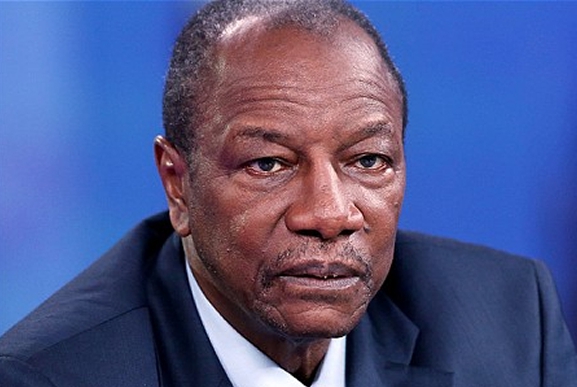 The Economic Community of West African States (ECOWAS) and the Nigerian government have strongly condemned the coup d’état that took place in the Republic of Guinea Conakry on Sunday.

They described the action as a clear violation of the ECOWAS Protocol on Democracy and Good Governance, demanding for the immediate return to constitutional order.

Akufo-Addo, who is also the Chair of the Authority of ECOWAS Heads of State and Government, said ECOWAS demands the immediate and unconditional release of President Alpha Condé as well as others arrested.

“ECOWAS notes with great concern the recent political developments which occurred in Conakry, Republic of Guinea. She condemns with the greatest firmness this coup attempt on Sunday, September 5, 2021.

“ECOWAS demands respect for the physical integrity of the President of the Republic, the Professor Alpha Condé, and his immediate and unconditional release as well as that of all the personalities arrested

“ECOWAS reaffirms its disapproval of any unconstitutional political change. She asks the defense and security forces to remain in a posture Republican and expresses its solidarity with the Guinean people and government,” Akufo-Addo stated.

Onyeama also stated that: “The government of Nigeria strongly condemns and rejects any unconstitutional change of government.

“And therefore calls on those behind this coup to restore constitutional order without delay and protect all lives and property.”

Heavy gunfire exchange was reported near the Presidential Palace in Conakry, the country’s capital on Sunday evening.

Following the gun battles, soldiers who call themselves the National Committee for Reconciliation and Development, appeared on TV, claiming to have dissolved the Conde-led government, taking over power.

Conde’s third term Presidency had earlier sparked violent and mass protest in the country after a disputed election in October 2020 and a new constitution in March 2020 which allowed him to sidestep the country’s two-term limit.

Ogunleye1 day agoOctober 24, 2021
388
Dori, Burkina Faso – Lying concealed atop his bus while watching armed men murder people below, the only thought that brought...