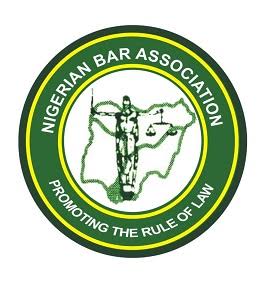 ….seeks an urgent audience with CJN

The Nigerian Bar Association, NBA, has alleged that some of its senior members are yielding themselves to politicians to be used as willing tools to wantonly abuse the judicial process.

The legal body, in a statement it issued late in the night on Monday, said it observed with dismay, the unfortunate and recurring trend of contradictory court decisions and orders, especially among courts of coordinate jurisdiction, typically arising from ex parte applications and almost always in political matters.

“Regrettably, we have begun to receive worrying news of recurring contradictory decisions by our courts, based on the apparently indiscriminate grant of orders and counter-orders, in a way that evokes memories of those eerie and unwanted dark days.

“An equally embarrassing situation is also playing out in respect of the PDP leadership crisis that has seen not less than three different rulings, all by courts of coordinate jurisdiction, in circumstances that leave a lot to be desired.

“While the NBA will continue to stay away from the political ramifications and machinations involved in these matters, it is self-evident that these developments in our courts are antithetical to the actualisation of the just society and independent judiciary that we all aspire to, and they run contrary to everything we teach and hold dear as a profession.

“Indeed, these aberrations do nothing but bring the Judiciary and the entire system of administration of justice to ridicule, and certainly erode the authority of the hallowed offices that our judicial officers occupy.

“If the society cannot trust the judiciary+ and the legal profession to safeguard our democracy, what then is the justification for the respect that the society has for us?”, the NBA queried.

According to the legal association, it has evidence that some of its senior members acted in breach of rules of professional conduct for legal practitioners, by assisting politicians to procure ex-parte orders.

Consequently, the NBA leadership said it would urgently seek an audience with the Chief Justice of Nigeria, CJN, Justice Ibrahim Muhammad.

“To say the least, there is, in the NBA’s view, prima facie evidence of the breach of the Rules of Professional

“Rule 1 of the RPC which requires a lawyer to uphold and observe the rule of law, promote and foster the cause of justice, maintain a high standard of professional conduct, and not engage in any conduct which is unbecoming of a legal practitioner is clearly being violated in these cases.

“By the issuance of this statement, the NBA confirms unequivocally that it will not stand by and watch a ridiculing of the profession and the justice administration system by a handful of its members and will be considering its deterrence options in this regard.

“The Bench, respectfully, is also not blameless. We certainly concur with the Honourable Justice Chioma Nwosu-Iheme of the Court of Appeal in her condemnation of the indulgence by some judicial officers of politicians who go round the country shopping for judgments, and who thereby bring the Judiciary to public ridicule.

“To that end, the NBA will urgently seek audience with the Honourable Chief Justice of Nigeria to address this issue holistically.

“In deference to the revered office of our courts, the NBA shall refrain from further comments on this matter in the meantime.

“I will enlist the support of the Chairman of the NBA Judiciary Committee, Dr Babatunde Ajibade, SAN as well as the Chairpersons of the NBA Section of Legal Practice (NBA-SLP) and NBA Section on Public Interest and Development Law (NBA-SPIDEL), Mr Oluwaseun Abimbola, SAN and Dr Monday Ubani for this proposed engagement.

“In conclusion, the NBA, as the prime defender of the integrity and independence of the Judiciary, cannot and will not be a spectator whilst our hard-earned democracy is threatened by the venal acts of a few.

“This is particularly so as the nation approaches its next round of general elections.  It can no longer be business as usual, further read the statement signed by NBA President, Mr Olumide Akpata.