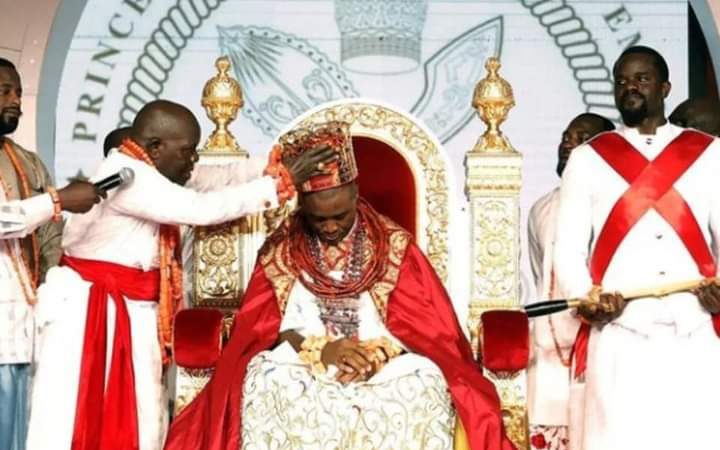 The Ogiame Atuwatse III, formerly known as Omoba Tshola Emiko, has been crowned as the 21st Olu of Warri Kingdom.

This follows a series of activities lined up for the coronation of the monarch who ascended the throne on Saturday.

Such activities include colourful dance performances by various cultural groups and pleasant musical renditions from the Warri Royal Choir and Laz Ekwueme Orchestral, among others.

Shortly after his arrival at the venue of the coronation, all sons of Itesekiri were asked to remove their hats.

One of the high points of the event was the selection of a ceremonial sword by the Olu while being blindfolded among 20 others.

But one of the 21 swords which bear the names of his 20 predecessors is usually left unnamed.

According to the high chiefs in the kingdom, the monarch is expected to use the name of the predecessor he picks as his title throughout his reign as the 21st Olu.

In the event where he picks the sword that has no name attached to it, the monarch is at liberty to announce a new title or pick that of any of the predecessors of his choice.

Meanwhile, he performed three symbolic chores for the last time which included fetching water in a clay pot, splitting wood with an ax, and paddling a canoe.The Ceremony

After he took the oath of office and adopted a title for his reign, the Olu of Warri was crowned by the Uwangue of Warri, Chief Gabriel Awala.

President Muhammadu Buhari was represented by the Deputy President of the Senate, Ovie Omo-Agege, whose mother hails from the Warri Kingdom.

The coronation of the new Olu of Warri also enjoyed the presence of many dignitaries from various parts of the country, including political leaders and traditional rulers.

Some of the traditional rulers and dignitaries also in attendance include the Ooni of Ife, Oba Adeyeye Ogunwusi; Obi of Onitsha, Alfred Achebe; Aare Ona Kakanfo of Yorubaland, Gani Adams; and President of the Nigeria Football Federation (NFF), Amaju Pinnick. 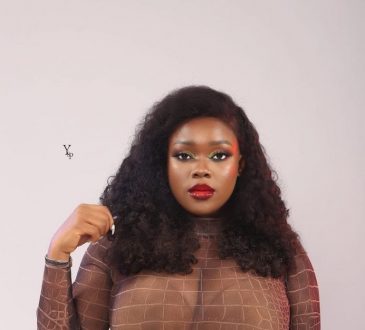 Ogunleye5 hours agoSeptember 18, 2021
43
A Nigerian actress, Ejine Okoroafor, has revealed that she narrowly escaped being sent to jail in Paris over some fake... 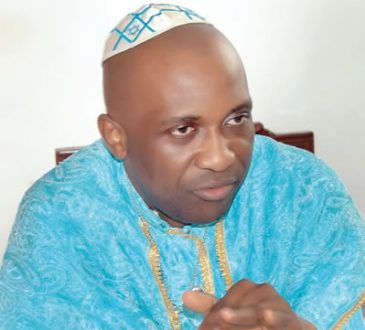 Ogunleye3 days agoSeptember 15, 2021
45
The Nigerian economic situation is getting worse as the day goes by. The dollar rate is on the high side... 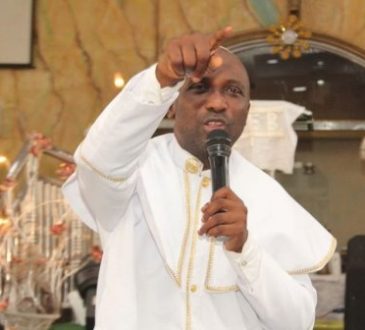 Ogunleye5 days agoSeptember 13, 2021
51
It is definitely not a good time for the Nigerian correctional service as reports making rounds have it that gunmen...

Is Primate Elijah Ayodele The Only Prophet In Africa?

Ogunleye2 weeks agoSeptember 6, 2021
68
Prophets are highly spiritual men who have consecrated themselves to God, they are special ministers of God that are gifted...