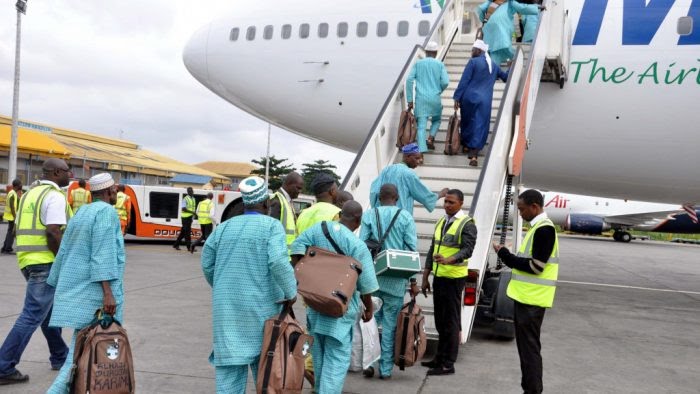 Saudi Arabia’s Ministry of Hajj and Umrah has announced that it will start receiving foreign pilgrims for Umrah (lesser hajj) requests from various countries from Monday.

Saudi Press Agency quoted the ministry as also saying that there would be a gradual increase in the capacity to reach 2 million pilgrims per month.

However, Deputy Minister of Hajj, Dr. Abdul Fattah Mashat, who made this known, said that the ministry is working, in coordination with the competent authorities, to determine the countries from which the pilgrims will be permitted.

This gives hope to pilgrims from Nigeria and other countries who were earlier barred from performing hajj last month over COVID-19 concerns.

Before Sunday’s announcement, only immunised pilgrims residing in Saudi Arabia were eligible for umrah permits. This led to about 60,000 inoculated residents were allowed to take part in a scaled down form of the annual hajj.

Mashat said, “Permits will be issued through the Eatmarna and Tawakkalna mobile applications, amid an integrated system of services and preventive measures, taken by the Kingdom for the safety and health of those wishing to perform the rituals of Umrah and Ziyarah,” he added.

Mashat added that “the number of passengers on buses transporting the pilgrims will not exceed 50 percent capacity to ensure social distancing. Authorities will provide sanitizers and verify the permits of pilgrims issued by the Eatmarna and Tawakkalna applications before boarding the bus.

“Pilgrims coming from outside the Kingdom are required to present a certificate of immunization certified by the official authorities in the country of the pilgrim and it must be attached within the justifications for requesting the performance of the rituals, with the condition that the vaccines be approved.

“Only international pilgrims who were vaccinated with either Pfizer, Moderna, AstraZeneca, or the Johnson & Johnson COVID-19 jab will be allowed to perform Umrah, according to Saudi Arabia’s Ministry of Hajj and Umrah.”

The hajj, one of the five pillars of Islam, is usually one of the world’s largest religious gatherings, with 2.5 million taking part in 2019.

Ogunleye1 day agoOctober 24, 2021
384
Dori, Burkina Faso – Lying concealed atop his bus while watching armed men murder people below, the only thought that brought...