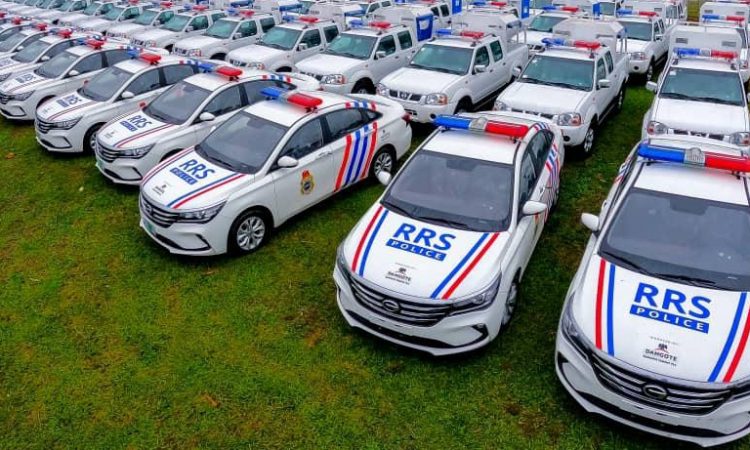 In furtherance of the Mr. Babajide Olushola Sanwo-Olu’s led Government resolve to sustain it’s support to the security agencies to completely annihilate criminals out of the state, as recently reiterated by His Excellency, the Lagos State Rapid Response Squad (RRS), over the weekend took delivery of additional security wares from the government.

The event which took place at the Agency’s headquarters in Alausa, saw the indefatigable Commander of the agency, CSP Saheed Olayinka Egbeyemi, receiving the delivery of 350 Bullet proof vests,/ Helmets and 20 Saloon patrol vehicles from the Lagos State Security Trust Fund (LSSTF) team.

Acknowledging the working tools, the commander RRS, said, the purpose driven governor of the state has just spoken again in an unambiguous manner, his unwavering resolve to give the police all that is needed to guarantee impregnable security of lives and property in Lagos; adding that, it is also a signal to the police to go all out and get the job done.

The commissioner of police, Lagos state command, CP Hakeem Odumosu has habitually directed and challenged formations across the state including the RRS to sustain onslaught against all shades of criminals and these newly received apparatuses will be put to full professional use to carry out the Commissioner’s directive, towards negating criminal activities in the state, the RRS helmsman posited.