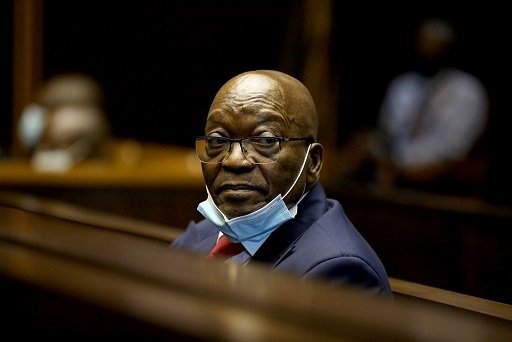 South Africa’s former President Jacob Zuma has urged a regional court to block his arrest as he pursues legal challenges against a prison sentence.

The development came on Tuesday, a week after the constitutional court sentenced Zuma to a 15-month jail term for contempt of court after he defied an order to give evidence at a corruption inquiry in February.

The court instructed police to arrest Zuma by the end of Wednesday if he did not hand himself in, sparking an angry reaction from Zuma’s supporters and laying bare deep divisions in the governing African National Congress (ANC) party.

In legal arguments before the Pietermaritzburg High Court, Zuma’s lawyer Dali Mpofu on Tuesday argued that the former president would turn 80 on his next birthday, his “health condition is uncontestably precarious”, and he was not a flight risk as he was under the care and security of the state.

That argument gained short shrift from the anti-corruption panel that Zuma snubbed.null

“We are dealing with a repetitive and recalcitrant law breaker in the form of Mr Zuma,” attorney Tembeka Ngcukaitobi told judge Bhekisisa Mnguni.

“He has now come to ask you to assist him to break the law further. You should reject that.”

The court then went into recess, with the verdict expected on Friday.

Al Jazeera’s Fahmida Miller, reporting from Pietermaritzburg, said according to legal experts Zuma has a “very low prospect of succeeding” given that the constitutional court is the highest court in the land.

“There isn’t any other court above it and that’s why jurisdiction is now being argued in the Pietermartizburg court. After the court ruling the people will have a clearer indication of whether the former president will in fact be arrested.”

Hundreds of Zuma’s followers, some of them armed, gathered outside Zuma’s home on Sunday to hear him lash out against the judges who sentenced him and compare them with the white minority apartheid rulers he fought during the liberation struggle.

The ANC on Tuesday condemned the actions of Zuma’s supporters and urged support for the rule of law.

The ANC’s National Executive Committee said it deplored the “counter-revolutionary calls for violence and even civil war, parading of armed groups and flagrant display of weapons” outside Zuma’s home.

By Tuesday, the crowds supporting Zuma had dispersed and just a few of his supporters stood at the entrance to his home

Senior ANC official Jessie Duarte said the party was aware Zuma was exploring every legal avenue to reduce or escape his prison sentence.

“We believe the judiciary must be left to make its own decisions, [but] … we would hope that comrade Zuma’s court application will be successful,” she told a news conference.