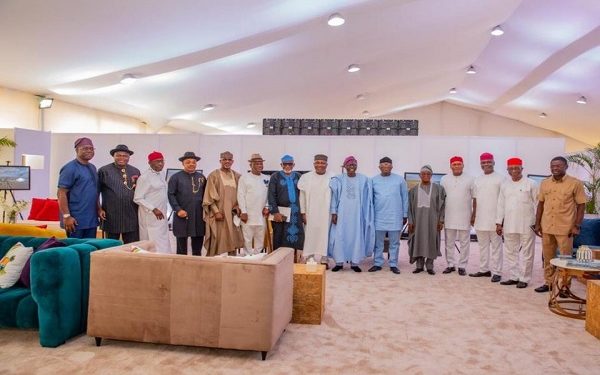 North’s elders and interest groups slammed the 17 southern governors on Tuesday for demanding power shift to the South in 2023.

The Coalition of Northern Groups (CNG) said the North would not accept the imposition of any candidate on the region.

The Northern Elders Forum (NEF) rejected the position that the South should produce the next President, saying the North would not be compelled to yield an elective position.

But Benue State Governor Samuel Ortom backed the call for power shift, saying it accords with the need for equity and fairness.

The southern governors met in Lagos on Monday and reinforced resolutions reached at their May 11 meeting in Asaba, the Delta State capital.

They insisted that power must shift to the South in 2023, and agreed to enact anti-open grazing laws by September 1.

NEF, through its Director of Publicity and Advocacy, Dr Hakeem Baba-Ahmed, said the North will not be intimidated into yielding an office that ought to be settled democratically.

It sees the decision of the Southern governors as an expression of a sentiment that could be best discussed within a political process.

“We are running a democratic government and decisions over where the next president comes from will be made by voters exercising their rights to choose which candidate best serves their interest,” NEF said.

CNG, in a statement by its spokesperson, Abdul-Azeez Suleiman, accused the Southern governors of ganging up against the North.

Describing the proposed anti-open grazing law as retrogressive, the group said it threatens the legitimate presence of pastoral communities in the South.

CNG said: “Their (Southern governors) support for treasonable felony, by the subtle endorsement of the activities of such criminal separatist forces, led by the likes of Sunday Igboho and Nnamdi Kanu, by warning the nation’s security agencies against operating in the region without obtaining permission from the governor of the particular state is a matter that must be given the seriousness it deserves.

“It is ironic for such leaders of a society that delights in unleashing mayhem against fellow citizens of other regions at the slightest of pretexts, to expect the other sections of the country to trust them or any of their proteges with presidential powers.

“The Southern governors’ resolutions in that regard have further exposed a deliberate attempt to impose a contentious system of a rotational presidency that turns all democratic norms and accepted indices of our national demography on their heads; a rotation system that is clearly aimed at achieving dubious political goals; and one clearly designed to weaken the North.

“The Southern governors’ threat to impose and enforce this undemocratic leadership selection process on the North, irrespective of its advantage of numerical superiority and inherent political sophistry, is part of a calculated design to continuously weaken our region politically and pauperise it economically.

“This conspiracy is actively perpetrated with the connivance of some northerners and accommodated by the personal ambition of a few of those that present themselves as northern political leaders.

“Inevitably, the immediate trigger to the Lagos pronouncements was the collaborative assurances by the former Borno State Governor, Kashim Shettima and the Kaduna State Governor Nasir Elrufai given just two days earlier.”

CNG insisted that the North would not be stampeded into making major decisions around power shift.

It added that only a candidate who is competent and can unite and secure Nigeria should be President in 2023, irrespective of where he or she comes from.

“We warn the Southern governors and their northern collaborators that any attempt to ride on the back of such gratuitous insults to democratic fair play and crass political opportunism, to hoist incompetent leadership on the nation in the name of rotation would not be accepted and shall be vehemently resisted,” CNG added.

AYF, in a statement by Gambo Gujungu, said the governors’ resolutions were not only unconstitutional but “unfortunate”.

It said rather than being concerned about insecurity and economic hardship, the governors were worried about where the president would come from.

“Our advice to the southern governors is: before we talk about the 2023 elections, they should work to settle the problems ravaging their states and regions.

“It is only when some of these impasses are resolved that any one should begin to talk about the Presidency in 2023, under an atmosphere devoid of rancour, bitterness and the present pronounced division,” the group said.

AYF believes that some of the resolutions, especially the governors’ rejection of certain provisions of the Petroleum Industry Bill (PIB), “do not engender peace, unity and fairness that the Southern governors said they want by asking for the Presidency in 2023”.

A former Secretary-General of Arewa Consultative Forum (ACF), Anthony Sani, faulted the governors’ decision to enforce the law on the ban of open grazing by September.

He said: “I do not see how the outright ban of open grazing backed by the state laws without provision for any viable alternative for the herders who lack the wherewithal can be implementable and be helpful.

“To me, such a fiat approach can be likened to outright banning of subsistence farming using hoes and cutlasses without any viable alternative for modern farming. Any law that is not implementable is as good as of no effect and no use to society.”

Ortom said the plan to legislate on the prohibition of open grazing is a bold and patriotic move that will bring to an end the lingering crisis caused by armed herdsmen.

In a statement by his media aide, Terver Akase, the governor praised the governors’ position on power shift.

Ortom believes that only equity, fairness and justice can strengthen Nigeria’s unity, give all citizens a sense of belonging and reduce tension.

The governor restated his call on the Federal Government to respect the 1999 Constitution regarding fundamental human rights, the rule of law and federal character.

He restated his commitment to speaking out against injustice.

The governor quoted Martin Luther King, Jr: “Our lives begin to end the day we become silent about things that matter.”

Members of the House of Representatives from the 17 Southern states backed the governors’ resolutions.

They said Nigerians should co-exist on the basis of justice, equity and fairness.

In a statement by the Chairman of the Southern Caucus of the House, Victor Nwokolo, the lawmakers said: “We note that the demand that the next president of Nigeria should come from the southern region unambiguously represents the opinion of a majority of Nigerians across the board, in tandem with the already established rotation of presidency position between southern and northern Nigeria.

“Furthermore, against the backdrop of our commitment towards free, fair, credible and transparent elections, the members of the House of Representatives from the South also back our governors in rejecting the moves to outlaw the electronic transmission of election result in the Electoral Act, as well as the confirmation of exclusive jurisdiction in pre-election matters on the Federal High Court.

“We hold that electronic transmission of results directly from the polling unit is a firm step towards the elimination of result collation related malpractices, including alteration of figures, mutilation of documents, snatching and diversion of ballot materials on transit to collation centres among others.

“The attempt to tamper with the Electoral Act to remove electronic transmission of result is, therefore, a malicious and unpatriotic act aimed to emasculate our electoral system, undermine our democracy and destabilize our dear country, and such cannot be condoned or justified under any guise whatsoever.”

The lawmakers backed the rejection of the proposal that 30 per cent of the profit from oil revenue should be dedicated to oil exploration efforts in the basins.

They also backed the governors’ rejection of moves to vest the ownership structure of the Nigeria National Petroleum Company Limited in the Federal Ministry of Finance and the recommendation that it should be held in trust by Nigeria Sovereign Investment Authority (NSIA).

Igbo youth leader, Mazi Okechukwu Isiguzoro, hailed the governors for setting a deadline on the enactment of the anti-open grazing law.

He said it was in line with the collective aspirations of Southern and Middle belt Nigerians who want an end to the farmer-herder crisis.

On the demand for power shift, he said: “This is a great decision to make the Peoples Democratic Party (PDP) revert to its original constitutionally preserved rotational presidency.

“Any political party that zones its presidential ticket outside the South will undoubtedly lose the bloc votes to the parties that respect the aspirations of southern governors and the people.

“Igbo President is the most equitable and justified project that Nigerians will gainfully embrace in 2023, as there is nothing to lose if Igbo succeed President Muhammadu Buhari in 2023.” 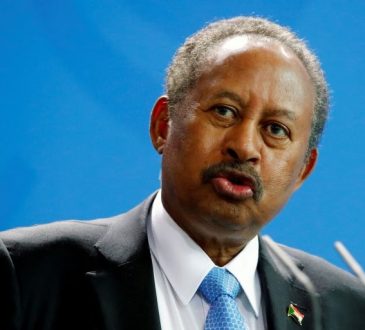 Ogunleye5 hours agoOctober 25, 2021
15
Security forces in Sudan have arrested Prime Minister Abdalla Hamdok and several other members of the country’s civilian leadership, the... 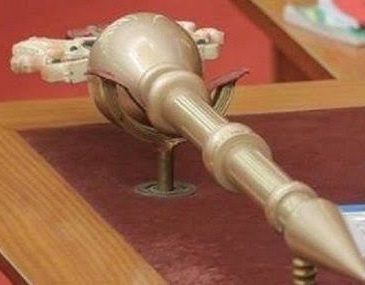 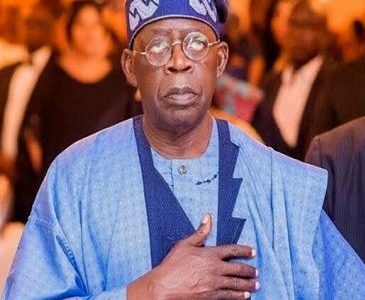