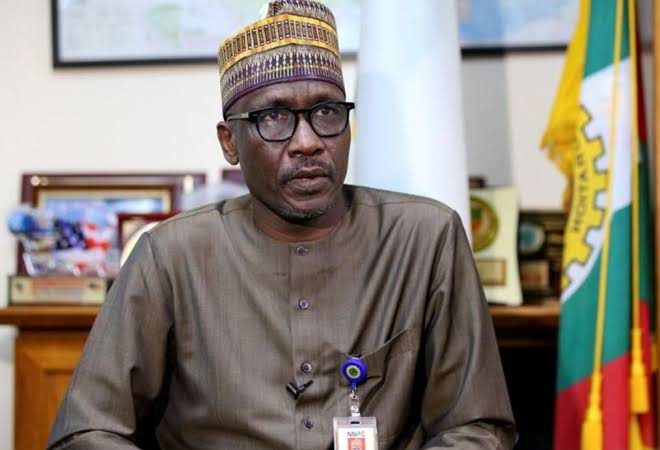 The Group Managing Director of the Nigerian National Petroleum Corporation, Mallam Mele Kyari, has said the price of petrol should be more than N280/litre at which Automotive Gas Oil, also known as diesel, is being sold.

Kyari said smuggling of petrol from Nigeria had impacted negatively on the Nigerian oil sector but added that this would not lead to another closure of the borders.

He said on Tuesday during a programme on Channels Television that efforts were rather being made to curb smuggling.

The NNPC boss said although petrol evacuation by NNPC in Nigeria was currently about 60 million litres daily, the corporation was sure that consumption was not up to that volume.

He said organised smuggling was the reason for the huge consumption volume, stressing that the low petrol price of N162/litre was also an incentive for this.

Kyari said, “Today we are paying N162/litre (for petrol). I am sure many people buy AGO (diesel) in the market and it is selling at N280/litre in the market today.

On what the landing cost of petrol could be as of Tuesday, Kyari said the cost of the commodity at filling stations would be around N256 per litre, with lower price as its landing price.

“Today, from what I can remember, I checked the number two days ago; what would we sell if we are at the filling station today and recover our cost fully is around N256/litre,” he stated.

Kyari said the ongoing meetings between the government and the organised labour on petrol price had not been concluded and could drag beyond next July.

He explained that negotiations on the cost of petrol would have to be concluded to enable the government to effect a change in the cost of the commodity.

On the proposed acquisition of 20 per cent stake in Dangote refinery, Kyari said the corporation was borrowing to buy the stake in the refinery because the refinery business is viable and sustainable.

The NNPC had announced in May that it was in advanced talks with Dangote Industries to acquire a 20 per cent stake in the 650,000 bpd refinery.

Kyari said government money would not be used for the stake acquisition.

He said, “We are borrowing on the back of the cash flow of this business. We know that this business is viable, it will work and it will return dividends.

“It has a cash flow that is sustainable because refinery business, in the short term, will continue to be sustainable. That’s why banks have come forward to lend to us, so we can take equity in this.

“There is no resource-dependent country that will watch a business of this scale, which is bordering on energy security and has implications for fiscal security of the country, and you don’t have a say. And for us, as a strategy, we started this process long before Dangote started his refinery project.”

According to Kyari, the NNPC takes equity in very significant businesses that are anchored on the oil and gas operations: fertiliser, methanol plants, modular refineries and others.

He said the Dangote refinery would start production by 2022, adding that it would deliver over 50 million litres of petrol into the Nigerian markets.

He said, “We are also working on our refineries, to ensure that we fix them. We have awarded the contract for Port Harcourt refinery rehabilitation. And ultimately we are going to close that of Warri and Kaduna very soon in July, so that all of them will work contemporaneously.

“The net effect is that you are going to have an environment where Nigeria becomes the hub of petroleum products and supply. It’s going to change the dynamics of petroleum supply globally in the sense that the flow is coming from Europe today and it is going to be reversed to some other direction.”

Kyari said Nigeria would be the supplier for West Africa and many other parts of the world.

He added, “So the meaning of this is, there is an opportunity that has been thrown at us. And I’m not sure Mr Dangote wants to sell his equity in the refinery.

“I can confirm that it was at our instance that we started this engagement. He did not want to sell his shares in this refinery.”