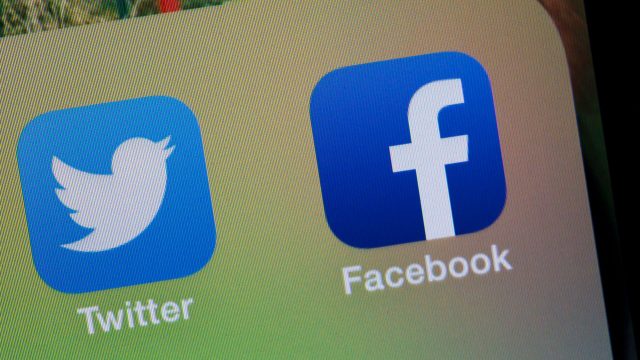 As the suspension of Twitter gets into the second week, the Federal Government is yet to release conditions for the reversal of the indefinite suspension despite claiming to be in talks with the social media company.

While the Federal Government plans to enforce the licensing of over-the-top (OTT) players, it appears such a move is not a priority for players. The Guardian learnt at the weekend that the players, including Facebook, WhatsApp, Instagram, Snapchat, Koo and Twitter might snub the Federal Government’s move, as they preface OTT operators in the meantime.

A senior official of Facebook, who spoke anonymously with The Guardian at the weekend, said the social media platform is not responding to issues as regards licensing and registering of Facebook in Nigeria.

“If it is to respond to why we deleted President Buhari’s post, yes, we can respond to that, which we have been doing. Such posts negate the principles of Facebook. But whether we are coming to register formally here, we are not responding to that, at least for now,” the official said.

Last year, Facebook announced plans for an office in Nigeria, which was to be located in the commercial and tech hub of Lagos. But five years after the CEO, Mark Zuckerberg, announced same plans during his visit to the country, the tech giant has made no further move on it.

The office location is expected to be secured and become operational by the second half of 2021. During the said period, although not confirmed, the company might begin the recruitment of a team of engineers, sales, partnership, policy, communication experts and register with the Corporate Affairs Commission (CAC).

As revealed by Facebook’s Head of New Product Experimentation, Ime Archibong, the attraction to Nigeria was borne out of the pool of tech talents within the country.

Despite the ongoing faceoff between Twitter and the Federal Government, the co-founder and CEO of the platform, Jack Dorsey, on Saturday, tweeted the flag of the country in an apparent reference to the celebration of Democracy Day in Nigeria.

But some hours later, as June 12 protests topped the trends chat in Nigeria and across the world, Twitter CEO in another tweet said: “The people of Nigeria will lead bitcoin” despite Nigerian authorities clampdown on the trading of cryptocurrencies.

Dorsey’s take was a direct reaction to an oped written by NFL star, Russell Okung in Bitcoin Magazine. Okung, a Nigerian descendant and self-acclaimed Bitcoin proponent, advised Nigeria to focus on achieving “economic independence and financial sovereignty” by establishing a Bitcoin Standard. Nigeria is one of the largest cryptocurrency markets in the world, though the country’s Central Bank has prohibited financial institutions from trading in cryptocurrency.

This new move, many say, show a Twitter company not ready to buckle to the demands of the Federal Government. Even the Minister of Information and Culture, Lai Mohammed, who last week said that Twitter had approached the government for negotiation, at the weekend, however, described Twitter’s approach as “tepid”, noting that there has been no follow up from an initial message from Twitter received through a foreign mission that the social media company was open to negotiation.

The micro-blogging platform, which is currently accessible to Nigerians who have bypassed government’s restrictions through VPN, promised that it will continue to advocate free and open Internet everywhere as it continues to amplify the trend #KeepTweeting, #KeepitOn and other hash tags in defiance of government’s ban.

Already, Twitter has commenced recruitment for talents for its office in Ghana, which is expected to equally serve the Nigerian market.

Notably, Facebook has been running its African operations from its South African headquarters, the first on the continent, for the past five years. Headed by Nunu Ntshingila-Njeke, the activities were planned with an initial focus on Kenya, South Africa and Nigeria.

According to a statement in 2020, operations from the planned Lagos office are anticipated to boost growth in sub-Saharan Africa. The team will be responsible for building African-focused products while contributing to the growth of the African tech ecosystem.

MEANWHILE, the cost of suspension of Twitter’s operations by the Federal Government continues to rise. About 10 days into the ban, the losses have hit at least N25 billion. While social media influencers who earn a living from monetized tweets and other social media posts have started counting their losses, brands running marketing campaigns are exploring options, as the hope of immediate lifting of the suspension dims.

According to NetBlocks, a watchdog organisation that monitors cybersecurity and governance of the Internet, each hour of the suspension costs Nigeria $250,000 (N102.5 million), bringing the daily loss to N2.46 billion. It means the economy would have lost approximately N24.6 billion in the past 10 days.

But social media influencers, who feel the pang of the suspension directly, said millions of Nigerian youths have lost their livelihoods in the past week, as Twitter is central to instant communication marketing. An influencer, Benedict Amama, told The Guardian the two jobs he was handling when the suspension came could fetch him a reasonable amount of money.

“The campaign has been cancelled because the time frame has elapsed. That means I have lost the money. Thousands of campaigns scheduled for the past week were either cancelled or put on hold. The ban is more impactful as Twitter campaigns are the most active social media marketing in Nigeria,” he said.

Another social media entrepreneur said an average social media influencer would have lost N100,000 to N200,000 in the past week, warning that continued suspension would worsen restiveness among youths. There is no data showing the number of youths earning a living from social media but those in the business said the number is huge and growing by the day.

With the suspension, more than 39 million active users have been prevented from accessing their Twitter accounts to drive business and other engagements. Also, the process of transition by customers to other social networks will not be immediate as company-customer relationship continues to suffer while the ban lasts.

Twitter has been the major source of interaction between companies as customers’ complaints through this medium are quickly addressed. The value chain of people benefiting from Twitter as a marketing tool to share information and network business ideas is huge. Also, the economy of e-commerce businesses thrives online on digital platforms with the majority of business partners surfing the internet and using their Twitter handles to buy, sell and network ideas.

Notwithstanding the losses, an investment expert, Dr. Uba Chiwuike, said the ban also has positive impacts as it opens an opportunity for the government to rake in incomes from the operations of digital media companies in the country. He, however, admitted the negative consequences are huge for the country’s economy.

Uba said: “On the positive side, the ban has revealed the need to develop a legal framework for Internet tax in Nigeria. Nigeria makes no money from Twitter from tax, despite over 30 million Twitter users in Nigeria. Some of the users use Twitter for their adverts.”

The suspension has already created a market access gap for millions of small and medium scale enterprises (SMSEs) that use the platform to reach their customers. This could potentially complicate the challenges COVID-19 and other structural defects had imposed on businesses. Also hit is the e-commerce market in the country, estimated at $12 billion.

DESPITE Federal Government’s official endorsement of Koo, a new social media platform, for its interactions, many Nigerians are yet to embrace the India-based app, as citizens desperately hunt for VPNs to bypass the Twitter ban. On Saturday, issues and discussions by Nigerians were on many of the Top Ten Trends across the world as citizens made posts and updates on the June 12 protests using locations of many countries through VPN to access Twitter.

Koo was launched in India, its home market, last year and has managed to secure funding of around $30 million from investors such as Tiger Global. Radhakrishna said that the start-up has “aggressive plans to grow into one of the world’s largest social media platforms” and claims vast domestic support for this. As of press time, there was no confirmation from CAC if Koo has been formally registered in the country.

On the tangle between the FG and Twitter, the Nigeria Coordinator, Alliance for Affordable Internet (A4AI), Olusola Teniola, said it’s going to be a ‘both sides’ blink at the same time to avoid any reputational damage.

Teniola said the latest news that the AGF has clarified that Nigerians, wherever they are and those foreigners living in Nigeria will not face prosecution for accessing Twitter demonstrates that the government is running out of any more options to influence how the social media platform is used in Nigeria.

The A4AI chief said with VPN access to Twitter, then it lessens the government’s position. “I strongly recommend and advise that both parties reach an amicable resolution and we can all move on from this situation.

“There has only been bruised egos and anger from those that use and rely on the platform. Information shared on the platform is also available from other online services and the Internet in general.”

On losses incurred since the ban came to force, Teniola, a former president of the Association of Telecommunications Companies of Nigeria (ATCON), said it (losses) can only be quantified after the FG has resolved all issues they have with Twitter.

He said the ban in the true sense is not enforceable and alternatives exist, adding that the opportunity to reach out to the global community of Twitter users represents a loss that each MSME will have to measure.

According to him, the government should either build its own social media platform as opposed to migrating to another foreign-owned platform that may run into the same problem that got FG into the same situation in the first place.

Teniola said the Twitter Community Rules are not perfect but are mostly all encompassing. He disclosed that any other platform will need to ensure that its rules are enforceable to sustain a level of sanity in a world of a free open Internet.

On the possibility of Facebook and other OTTs operating with licenses in Nigeria, Teniola said: “Easy if they so wish! Already Google and other big tech companies that wish to have a presence in Nigeria have registered with CAC. However, big tech companies usually take a long-term view and carry out a careful assessment of the benefits of locating a presence in any country of interest.”

Speaking with The Guardian a senior official in one of the telecommunications companies, said Twitter access remains blocked in Nigeria as directed by the FG. He warned that Nigerians should be careful using VPN not to get exposed to cybercriminals.

According to him, there was a plan to block access to WhatsApp ahead of the June 12 protest by youths and some Nigerians, “but I don’t know who advised the FG to drop the plan.”

He said there has not been any direct loss to the telecoms operators, because of other data spinning platforms, “however, the losses remain with online influencers, social media strategists, among others, who major mostly in Twitter. But for the telcos, at least for now, no losses per se.”