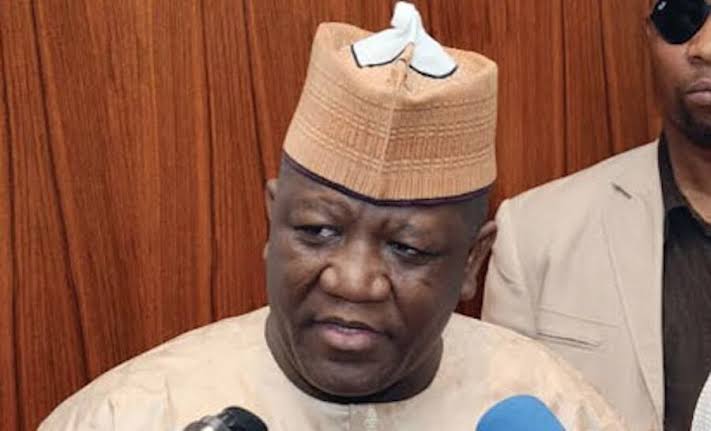 Sahelonline media received with shock a cooked story from the former Ex_ Gov. Yari of Zamfara state Commissioner of mining credited to our media house that, one of our highly respected academician and an Investigative Journalist PETER AMU has been suspended by the Management of SAHEL online paper and even said that, “Sahelonline tendered an unreserved apology to the former Zamfara state Governor Abdul Aziz Abubakar Yari on a report carried out by our dedicated correspondent peter Amu at the kokoto International airport Accra Ghana, saying Yari is vindicated.

Furthermore, SAHEL online paper is one of the most balanced reporting media house around the World, that’s why we have Correspondents around the World including the White House the United state of America where the former Governor of Zamfara state Abdul Aziz Abubakar Yari bought a very large apartment with Zamfara state Bailouts funds meant for the payments of Zamfara state Civil servants as we had earlier reported.

As at now, our Media house SAHEL online will not apologize to the former Governor of Zamfara and will never do so because, Mr. Jide Oke who is under the Ghanian interrogations linked the 978 bars of seized Gold to the former Governor of Zamfara, Abdul Aziz Abubakar Yari. And there was no denial from the Ghanian Airport, as stated by the former Commissioner on his Facebook accounts and if there is any please, the general public are eager to see the said denial on the Ghanian Authorities letter headed paper.

The following Questions needed to be answer by the Yari former Commissioner of mining or any of the former Governor partner in stealing.

1.. The former Commissioner said that, “Yari the former Zamfara state Governor “there has never been any online paper known as Sahelonline.

Qstn… How comes our correspondent Peter Amu was dismissed???

2 The former Commissioner of mining under Ex_ Zamfara state Governor Yari said that, “Yari was never involved in any Corruption case.

Qstn. what happen to the Bailouts and Paris Club Funds , Five Star Hotel in Lagos, Billion of Naira traced to his Account in Lagos his case with the Sokoto EFCC Zonal office, And an apartment in the United state of America allegedly belonged his Boss, and the sum of 250m received by Yari younger brother Dan’ Auta from the Ministry for local government Zamfara state every month for the period of eight good years, when Yari was the Governor, recently 978 Bars of Gold Jus few to ask the Honourable Commissioner???

Finally, we wish to inform the general public that, Our investigative Journalist Peter Amu who reported Yari Gold scandal was this afternoon approached with the sum of $25,000 as a bribe through one of the former Governor Yari lieutenant from Abia State Mr. Nduka Hope to delete the earlier report which “He Peter openly said “NO