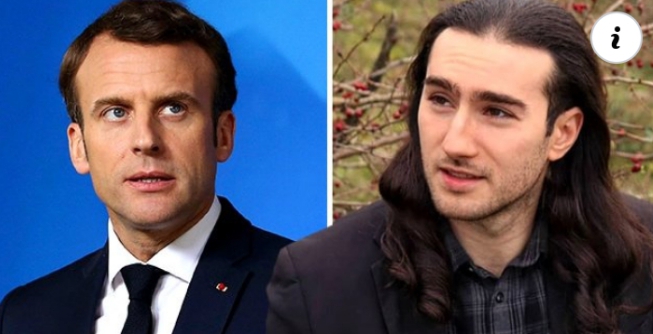 Damien Tarel has been sentenced to four months in jail after admitting he slapped French President, Emmanuel Marcon.

He was also banned from ever holding public office in France and from owning weapons for five years for slapping the president.

Damien appeared before a judge in a fast-track trial on Thursday saying that it was an act of impulse, but the prosecutor said it was a “deliberate act of violence”.

He sat straight and showed no emotion as the court in the southeastern city of Valence convicted him on a charge of violence against a person invested with public authority.

“When I saw his friendly, lying look, I felt disgusted, and I had a violent reaction,” he told the court. “It was an impulsive reaction… I was surprised myself by the violence.”

While he said he and his friends had considered bringing an egg or a cream pie to throw at the president, he said they dropped the idea and insisted that the slap wasn’t premeditated.

“I think that Emmanuel Macron represents the decline of our country,” he said, without explaining what he meant.

Prosecutors had called for 18 months in prison for assaulting a public official. The three judges said Tarel should be given 18 months, with 14 months of the sentence suspended. His four months in jail will start immediately but the rest will only be enforced if he commits another offence.

A second suspect who filmed the incident is facing prosecution for illegal possession of weapons after local authorities searched his home. He comes from the same town as Damien Tarel.
The second suspect, however, will be judged at a later date, in 2022.

President Macron who reacted to the slap in an interview with broadcaster BFM-TV said the attack should not be trivialised but had to be kept in proportion.

“It’s not such a big deal to get a slap when you go toward a crowd to say hello to some people who were waiting for a long time, he said. “We must not make that stupid and violent act more important than it is.”

Ogunleye1 day agoOctober 24, 2021
375
Dori, Burkina Faso – Lying concealed atop his bus while watching armed men murder people below, the only thought that brought...