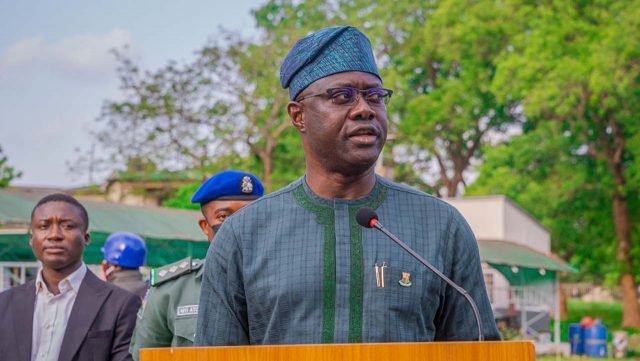 Gov. Seyi Makinde of Oyo State, says he is currently being briefed on the Saturday’s night attack by some unknown gunmen in Igangan Community in Ibarapa area of the state.

Makinde, in a statement issued in Ibadan, on Sunday, said he received the shocking news of the attacks on residents of the community in the early hours of Sunday.

“I urge residents to remain calm as security operatives are now in control of the situation,” the governor said.

The Police Public Relations Officer (PPRO) in the state, Adewale Osifeso, confirmed the attack in a message sent to NAN in Ibadan.

Osifeso, however, did not confirm the number of casualties nor the burning of any property.

He said investigation was ongoing and that an update on the incident would be made available later.

According to him, on Saturday at about 2310 hour, a yet to be ascertained number of unknown assailants invaded Igangan Town with dangerous weapons in a bid to create unrest in the town.

“The unscrupulous elements were, however, repelled by a combination of operational and tactical assets deployed to the scene to restore normalcy.

“The situation is being closely monitored and investigations are ongoing to apprehend the perpetrators,” Osifeso said.