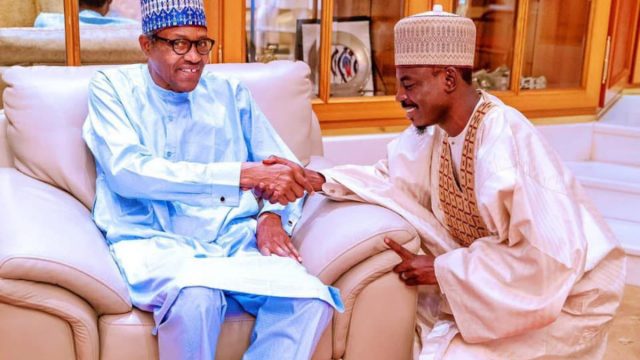 An aide to President Muhammadu Buhari has said the president is not responsible for the proposed change of Nigeria’s name to the United African Republic.

Bashir Ahmad, Buhari’s special assistant on new media, said a group or individual was responsible for proposing the United African Republic as a name for Nigeria.

“It’s not the Nigerian government, particularly, Pres Buhari that submitted the change of name proposal, it’s an individual or a group that submitted it,” Ahmad tweeted on Thursday.

“But a large number of people have already taken it to their head, accusing the President of something he absolutely no hand in.”

The presidential aide’s response came after Nigeria’s House of Representatives received a proposal to rename Nigeria to the United African Republic (UAR).

“First and foremost, I want to recommend a name change from Nigeria to the United Africans Republic (UAR),” the proposal reads.

“The significance of name change cannot be overemphasised. Even God our father, in the Holy books, changed names of prophets e.g. Saul to Paul, Jacob to Israel, etc. The reason for the name change is to physically and psychologically reflect a new beginning.”

Jokotoye submitted the proposal to the National Assembly committee in Lagos during a public hearing of altering the constitution and making amendments to it.

Jokotoye said, at the crossroads in Nigeria’s history, “it is mandatory that we change our name to reflect a new beginning which will be ushered in with a new constitution.”

“Alkebulan is the oldest and the only word of indigenous origin used by Moors, Nubians, and Ethiopians. So, if we like, we can go a step further and name our nation, United Alkebulan Republic (meaning ‘United Mother of Mankind Republic).”