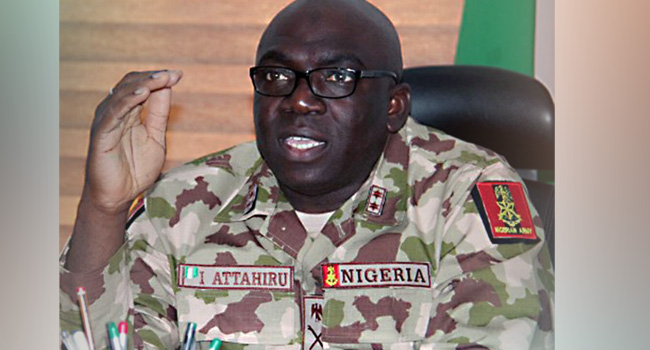 The Chief of Army Staff, Lt General Ibrahim Attahiru has died in a military plane.

Reports in Abuja say he died on Friday along with eight other people on board the aircraft his while on an official trip to Kaduna.

The plane reportedly crashed on the runway of Kaduna Airport.

The cause of the crash was not known at the time of filling this report.