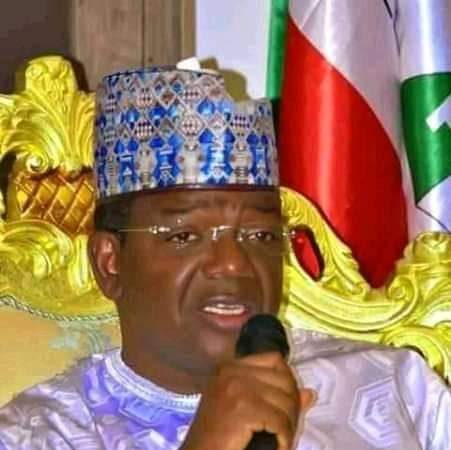 In its continued support to the people of the state with a view to cushioning the effects of the economic hardship particularly among the poor and less privileged in the society, the government of Zamfara state under the leadership of His Excellency, Gov. Bello Muhammed Matawallen Maradun on Wednesday May 12th, 2021, ordered for the distribution of yet another consignment of palliative strictly to the less privileged and poor families in Gusau, the state capital.

Each of the benefiting families was given 25 kg of rice to enable them  celebrate the eid-el-Fitri with joy.

The Speaker who is also the chairman of Ramadan Welfare Distribution Committee said over 3,600 bags of 25 kg of rice was distributed today within the areas of the poor and less privileged.

Speaker Magarya also used to occasion to appeal to the beneficiaries of the government gesture to pray for the state in particular and the country in general for peace, unity and security.

The Speaker also called on the people of the state to live in peace and harmony with one another for the attainment of the desired progress and development of the state.

He said the state government is doing everything possible to ensure adequate security of lives and property of the people and should be supported by all and sundry.

The special palliative  targetted people who could not afford their daily basic needs, is in addition to the Ramadan welfare packages that included rice, sugar, millet, maize, guinea corn, cows and clothing materials to various categories of people in the state.