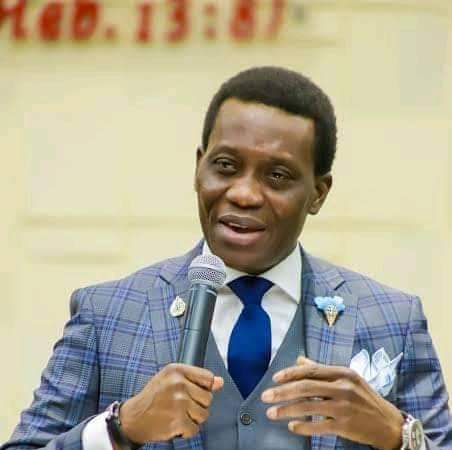 Oluwadamilare Temitayo Adeboye was born as the fourth child into the family of Pastor (then Dr.) Enoch Adeboye and Pastor (Mrs) Folu Adeboye on June 9th, 1978. His was a miraculous birth as their previous children had been born through caesarean section and the couple had been advised by the doctors not to have any more children. The doctors advised termination, as they had predicted that it would be a choice between mother and child. Their prediction was however wrong because, amazingly both mother and child survived and even more miraculously, it was a natural birth. Thus, he became their first miracle baby.

His earliest years were spent in Surulere where his parents lived before they relocated to Mushin and Ebute Metta, when his father became the General Overseer of the Redeemed Christian Church of God (RCCG). A natural leader and loyal friend, he had many admirers from his childhood. His best friend then and till his passing was Emmanuel Adewale, one of the grandsons of the founder of the mission, Pa Josiah Akindayomi.

The Adeboyes knew the importance of proper education as they were in that field themselves. They ensured that all their children got top-quality education, and Damilare was not an exception. He started his education at Christ the Redeemer’s Nursery and Primary School and then went on to The Staff School, University of Lagos, Akoka. After completing his primary school education, he commenced his secondary education at Command Secondary School, Ibadan. It was here his excellent work ethic and military discipline were forged. These sterling attributes coupled with the solid Christian home training led to the emergence of his leadership qualities, and he was made ‘Head of House’ of Purple House.

Dare later on relocated to the United Kingdom to continue his learning in high school where his leadership streak continued to be developed as he would later be appointed Head Boy of Mayfield College, becoming the first person of colour ever to be appointed to that position. Damilare went on to get his bachelor’s degree in Business Information Technology from the University of Central England, (now Birmingham City University) and subsequently a Master’s Degree in Theology from the Redeemed Christian Bible College. Dare was very industrious even from an early age. His enjoyment of high-performance cars later turned into a business while he was still school.

Dare met Jesus Christ at a tender age and worked fervently for the Kingdom. He became a parish pastor in RCCG in the UK at the young age of 23, pastoring at RCCG House of Praise, Birmingham, UK. Due to the tremendous growth his parish recorded, his commitment, submission to authority and excellence, he rose swiftly up the ranks to become a Zonal Pastor prior relocating to Nigeria.

On arrival in Nigeria in 2009 and now full time in the ministry, he was posted to Kaduna State and then with his young family to Zaria before returning to Kaduna (the State Capital), where he pastored Next Level Parish, now the provincial headquarters for Youth Province 6. Despite the sudden change in his environment, he immediately applied himself to the work of the Kingdom and like every other task he had been assigned; it greatly prospered in his hand. His success led to even more kingdom assignments and greater responsibilities, especially in the youth ministry of RCCG.

These positions enabled him to comprehend the landscape and significance of young people across the globe and how to increase the Church’s impact in the world as he travelled to over 50 countries preaching the gospel without apology or reserve, especially to the youth, young adults and teenagers. Fondly called ‘PD’ and ‘Pastor Dee’ by the youth, he was indeed in tune with the next generation of believers.

There would later be the creation of a new structure in RCCG known as Youth Provinces of which six were created. Pastor Dee was appointed to oversee Youth Province 5, then under Region 14, with headquarters at City of David, Eket, Akwa Ibom State and parishes spread across the entire South South and South East states of Nigeria – Akwa Ibom, Cross Rivers, Rivers, Bayelsa, Edo, Delta, Enugu, Ebonyi, Anambra, Imo and Abia.

In his capacity as the Pastor in Charge of Youth Province 5, he organised numerous revival and evangelistic programmes that catalysed the growth and expansion of the province some of which included the Annual Provincial Convention in April, the Dominion Conference in June amongst others. These programmes featured notable Word and Worship ministers within and outside RCCG.

Further restructuring in the mission led to the creation of a new Youth Region, Region 35, with headquarters in Port Harcourt, Rivers State, comprising all the Youth Provinces which had now increased to 11. It is noteworthy that under Pastor Dee’s watch, a new province (Youth Province 10) was birthed from Youth Province 5. The region would be headed by the Intercontinental Youth Pastor and he would be assisted by three Assistant Regional Pastors, one of whom was Pastor Dare Adeboye.

A man well ahead of his time, he was indeed a pacesetter, trail blazer, bridge builder, peace maker, leader par excellence and arguably one of the most charismatic and influential pastors RCCG has produced. He was a fine blend of excellence, sacrifice, transparency, maturity, accountability, discipline, discipleship, humility, loyalty, genuine love, friendship and marital fidelity.

Pastor Dare Adeboye, a seed himself, was the International Ambassador for the Pastors’ Seed Family (PSF). He helped set up, encourage and empower PSF in many nations while also playing the role of an advisor, counsellor and big brother. His military training never left him as he joined the RCCG Chaplaincy Corps, rising to the rank of Brigadier General.

While in the United Kingdom, he met his heartthrob and jewel of inestimable value, Temiloluwa, who was one of his parishioners at that time and the lovebirds got married in Nigeria on December 28, 2008. She was his sister, lover, encourager and partner in family and ministry. They have three wonderful daughters, Oluwatishe, Ireoluwa and Araoluwa.
PD was an obedient son, loyal brother, loving husband, doting father and faithful shepherd.

He lived entirely for the Lord and His work, dedicating his life to educating and inspiring young people on how to capitalise on and maximise their faith in any environment they find themselves.

Pastor Dee after hosting an awesome provincial convention themed, “The Sceptre of Favour,” went to be with the Lord on the 4th of May 2021 at the age of 42. Although brief here on earth, he lived a faithful and fruitful life. He is survived by his parents Pastor & Pastor (Mrs) Adeboye; siblings, Adeolu and Temitope; Adebolugbe and Akin, and Oluwagbemileke and Titilope; wife, Temiloluwa; children, Oluwatishe, Ireoluwa and Araoluwa; and numerous loved ones.

Earth’s loss indeed is Heaven’s gain. Blessed be the name of the Lord! Hallelujah!

admin11 hours agoJune 19, 2021
34
Hassan Magaji (middle) and his wokers. *They ‘re our best customers *Bandits ‘re many in the bush, the more you kill, the more they recruit — Another suspect Operatives of the Force intelligence Response Team, IRT, have arrested three bread sellers, who specialized in supplying bread to bandits operating from Damari, Kidandan and Awala camps, through Galadimawa along Birnin Gwari and Giwa Local Government Area of Kaduna State. Vanguard gathered that operatives of the IRT led by Deputy Commissioner of Police, Abba Kyari, got information about activities of the bread... 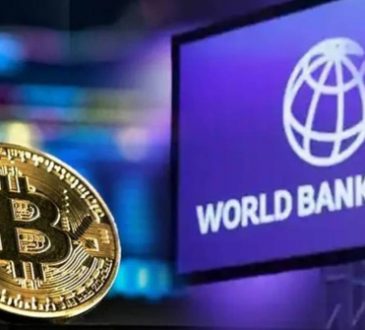 admin1 day agoJune 18, 2021
36
The World Bank rejected a request from El Salvador for assistance in its bid to adopt bitcoin as a currency,... 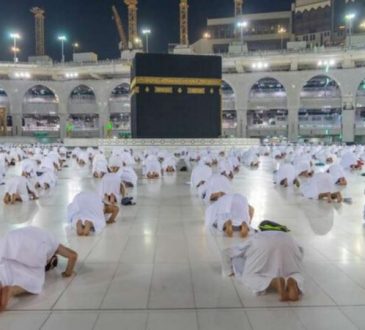 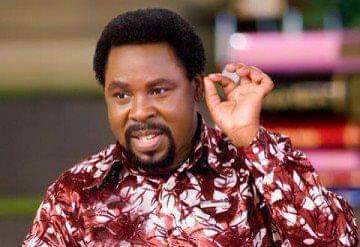