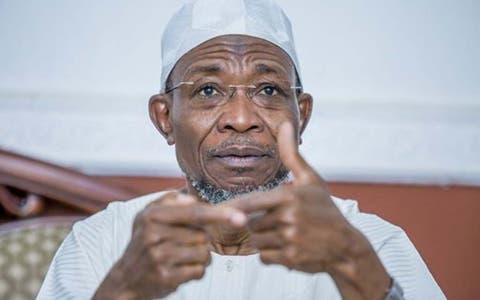 The Minister of Interior, Rauf Aregbesola has reiterated the Federal Government’s commitment to ensuring the good conduct of statutory marriages in the country.

Aregbesola, who made this known at the 2021 National Stakeholders’ Conference on the Administration of Statutory Marriage, on Friday, in Abuja, said this had become imperative due to the prevailing challenges associated with marriages in the country.

Aregbesola added that it was the ministry’s responsibility to ensure that statutory marriages were conducted in line with the Marriage Act Cap M6, LFN 2004 as amended.

He recalled that the ministry held its inaugural Stakeholder Conferences on the conduct of Statutory Marriages in the third Quarter of 2019 in Abuja, Lagos and Port Harcourt, respectively, saying that a key recommendation of the meetings was the need for more conferences, to educate the public on issues pertaining to the marriages in Nigeria.

The minister explained that all these efforts were geared towards ensuring that marriages were conducted in Nigeria in line with the marriage Act for the benefit of the people involved.

“This conference is one of many more to come, aimed at continuously educating and informing the public on the importance of statutory marriages and the statutorily recognised Certificate of Marriage (FORM E).

“The conference is to also inform stakeholders about various innovations in the administration of statutory marriages and to provide a platform for a robust exchange of ideas that will promote the institution of marriage.

“The Marriage Act, which was originally enacted in 1914 by the British colonial masters, is the legislation that provides the procedures for the conduct of statutory marriages in Nigeria.

“However, the Act has been amended several times with the latest version being 2004.

“It is my utmost pleasure, therefore, to inform you about one of the major achievements of the ministry, which is the successful review of the contents of the 2nd Schedule to the Marriage Act known as the Legal Notices.

“The review has brought the Legal Notices in conformity with the present administrative and political realities in Nigeria, while the amendment of other sections of the Marriage Act is ongoing“, he said.

Aregbesola expressed gratitude to President Muhammadu Buhari for his swift endorsement and approval of the amended Legal Notices, as contained in the Marriage Act CAP M6, Laws of the Federation of Nigeria, 2004.

The minister noted that the amended Legal Notices had so far changed the dynamics of the administration and conduct of statutory marriages in Nigeria.

“The beauty of this arrangement is that it brings the services of the ministry, via the Marriage Registries, closer to the grassroots, thus reducing the need to travel relatively long distances to get married at a Federal Marriage Registry.

“This new regime entails strict adherence to the administrative and statutory procedures in the conduct of statutory marriages.

“To achieve this, the Ministry has created an Enforcement, Inspection and Investigation (EI&I) division whose function is to ensure that Places of Worship and Marriage Registries comply with the provisions of the Marriage Act; thereby, engendering a pleasant marriage experience for couples.

“It is in furtherance of this amendment that the ministry deemed it necessary to inform stakeholders and enlighten the general public on some new guidelines and important aspects of the administration and conduct of Statutory Marriages.

“Some of these are that the ministry of Interior has the sole regulatory responsibility for the issuance of licenses to public places of worship for the conduct of statutory marriages in Nigeria.

“Local Government Councils, who have recently been designated as Marriage Districts, may now nominate officers as Local Government Registrars of Marriage and must procure Marriage Certificate booklets from the Ministry of Interior“.

He promised that all necessary administrative arrangements would be put in place for the effective and efficient distribution of the Certificates of Marriage to all Local Government Councils and places of worship throughout the country.

According to him, the ministry would be supervising the activities of Local Government Registries and ensure that they provided befitting premises for the conduct of statutory marriages.

The minister expressed optimism that with the amended Act, and couples’ strict adherence with the statutory marriage guidelines, the incessant challenges in marriage would be drastically reduced.

The President of Christian Association of Nigeria (CAN), Mr Ayokunle Olasupo, who was represented by Assistant Secretary Sanyaolu Biodun,  appreciated the efforts of the ministry in the area of administration of statutory marriages.

“As for us in the Christian community, we recognise and appreciate your efforts for our marriages to be successful.

“For us in Christendom, we have stepped up our teachings on marriages. We have put in place counselling, by which couples can understand the importance of marriage.“

The CAN president identified insecurity and the dire economic situation of the country as factors militating against marriages in the country, saying that governments at all levels should embark on projects that would alleviate the sufferings of the people.

Olasupo also called on the Federal Government to intensify its efforts in its quest to rid the country of criminal elements.

The President-General, Nigerian Supreme Council for Islamic Affairs (NSCIA), Sultan Sa`ad Abubakar the 111, who was represented by Dr Talmiz Usman, also noted that marriage was very sacrosanct in the lives of human beings.

“Based on this, we have intensified efforts in our counselling to make sure that couples understand, first, the importance of marriage and why they want to become husband and wife.

“This is because we have come to realize that a lot of marriages are collapsing, which calls for urgent attention and a conference of this nature.“

Abubakar enjoined Nigerians to see marriage as a life union, rather than something you jump into and jump out at will.