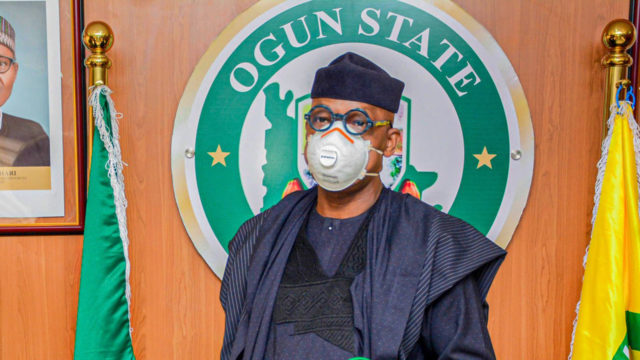 Abiodun further said that the flag-off of Ogun State Bus Mass Transit Scheme would commence in May, while light rail services would commence as soon as discussions were concluded with the Nigerian Railway Corporation (NRC) and Lagos State to take full advantage of rail infrastructure within Ogun for the development of the state.

The governor, who commended the committee for painstakingly carrying out its assignment towards the growth of the state transportation sector, promised that the government would ensure proper implementation of the report.

“I can assure you that we will implement the reports and will not leave them on the shelves to gather dust. I am convinced that the implementation would change the face of transportation in the state,” he stated.

Earlier, the state’s Commissioner for Transportation, Gbenga Dairo, expressed confidence in the reports of the committee and the partnership with United Kingdom Prosperity Fund, which he said, would facilitate considerable resource allocation and investment in the state transport sector.

Dairo said that Lagos Red Line from Oyingbo to Alagbado would be extended further into Ogun passing through Ijoko to Kajola/Ifo in Ado-Odo/Ota and Ifo local councils of the state.

He added that discussions with the NRC would not only connect the proposed cargo airport with the new Lagos to Ibadan rail and the proposed East-West line along Sagamu-Benin Expressway.

The commissioner said inter-state BRT services would be between Sagamu-Mowe and Lagos as well as Ota and Lagos, with park and ride services on the Mowe-Ibafo-Lagos corridor, while inter-city bus mass transit services would start with hub at Abeokuta, connecting services to Ijebu-Ode, Sagamu, Ilaro and Ota.