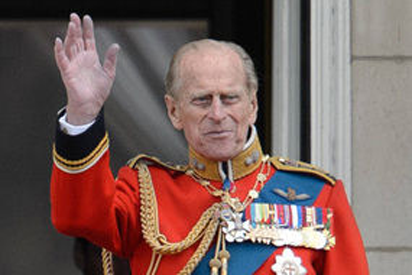 Prince Philip, Duke of Edinburgh has died at the age of 99.

Buckingham Palace announced the death of the Duke of Edinburgh, his Royal Highness Prince Philip in the early hours of Today.

According to a statement from the office of the Queen, “His Royal Highness, The Prince Philip of Edinburgh passed away peacefully this morning at Windsor Castle.

Philip was born into the Greek and Danish royal families. He was born in Greece, but his family was exiled from the country when he was an infant.

After being educated in France, Germany, and the United Kingdom, he joined the British Royal Navy in 1939, aged 18. From July 1939, he began corresponding with the thirteen-year-old Princess Elizabeth, whom he had first met in 1934.

During the Second World War, he served with distinction in the Mediterranean and Pacific Fleets.

Through a British Order in Council issued in 1960, descendants of the couple not bearing royal styles and titles can use the surname Mountbatten-Windsor, which has also been used by some members of the royal family who do hold titles, such as Anne, Andrew, and Edward.