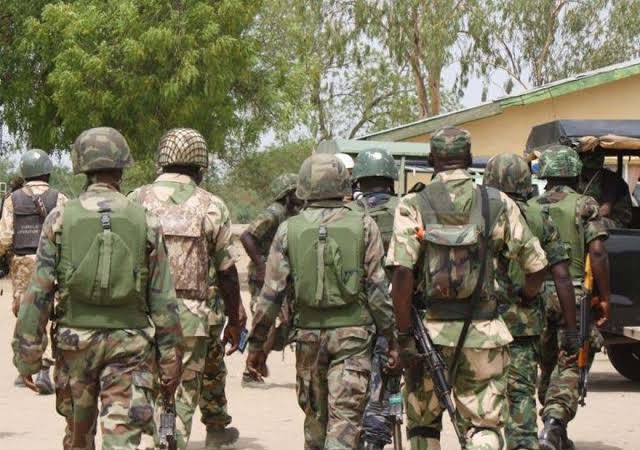 A number of youths whose ages range from twenty to twenty-seven have been shot dead and several others injured in Taraba State allegedly by the men of the Nigerian army.

The incident, according to DAILY POST findings took place at the early hours of Friday in Baka village of Ardo-Kola Local Government Council of the state.

The affected youths remains have been deposited in the morgue of the Federal Medical Centre which is located in Jalingo metropolis. They were said to be returning from a wedding ceremony when they met their untimely deaths in the hands of the soldiers.

The soldiers who were in the community to checkmate the activities of hoodlums terrorizing the state, were said to have mistaken the youths for kidnappers.

When DAILY POST visited the hospital premises, parents of the victims were in tears.

In tears, some of the parents who spoke with DAILY POST could not fathom why the soldiers opened fire on the youths on sighting them on motorcycles instead of arresting them.

One of the parents who gave his name as Bello Aliyu Jen, told our correspondent that two of his sons were among the five youths killed by the soldiers.

He gave the names of his deceased sons as Abdulkadir Bello -27 and Tukur Bello-20. According to him, Abdulkadir was a final year HND student of the College of Agriculture, Jalingo.

Passionately calling on the government to do the needful by bringing the soldiers to book, he said his dream had been shattered as his sons who according to him have been working round the clocks to put smiles on his face are “no more”.

Other affected parents who also spoke with DAILY POST at the hospital sought to know why the soldiers on sighting the youths from a distance decided to open fire on them, instead of arresting and interrogating them to ascertain their missions.

Our state correspondent who was at the hospital as at the time the remains of the deceaseds were brought in observed that their bodies were rattled with bullets.

A top security personnel who spoke with our correspondent at the hospital scene apportioned blames to parents who according to him always allow their children and wards to “go out at late hours. ”

The deputy speaker of the State House of Assembly, Harman Adama, who was also sighted at the hospital premises told DAILY POST that two of his first cousins were among the five youths that were gunned down by the soldiers.

The Deputy Speaker who observed that the incident occurred during the dead hours of the day cautioned parents and guardians to always tread extra legitimate miles to prevent their children and ward from going out of their houses at late hours.

According to him, the soldiers who have been given presidential directives to flush out hoodlums from the state and the country at large have said their actions were not intentional.

Ogunleye1 day agoOctober 24, 2021
382
Dori, Burkina Faso – Lying concealed atop his bus while watching armed men murder people below, the only thought that brought...