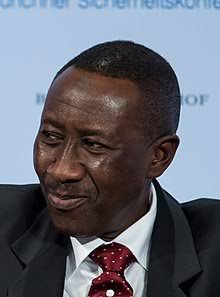 The National Security Adviser, NSA Babagana Monguno has once again proven his incapacity to perform and has by divine providence exposed his selfish agenda at the most difficult and challenging time for Nigeria. Perhaps that explains why late CoA Abba Kyari did not allow the NSA to take full control and powers of security related issues because the tendency of undermining his employer for purely selfish reasons has been manifestly clear. Managing security related crisis even though I am not a security expert, is not about ability to fluently speak good English or to deliberately or naively instigate attacks on innocent people through reckless and provocative statements that are mostly unnecessary.

There is no doubt that NSA Monguno has become a huge liability not only to the Buhari administration but to many innocent families that were victims and casualties of his gross ineptitude and ambition. His clear and open indictment of the former Service Chiefs regarding the purchase of arms even though he is also living in a glasshouse has left the Presidency with no option than to engage in a damage control strategy that may not work. Already, the damage has been done. As ‘wise’ as NSA Monguno, he added more fuel to the controversy he generated when he denied indicting the former Service Chiefs and insisted as expected that he was quoted out of context. He thought he finally got an opportunity to deal with the Service Chiefs he once accused of insubordination and forgot the fact that anything that may indict the former powerful Service Chiefs will be a direct attack to the ‘integrity’ of the Presidency that rewarded them with Ambassadorial position because of what the president believes they have done. That was why Garba Shehu was very prompt in his response to Monguno’s careless and untimely claims.

Also, NSA Monguno should be hold responsible for the current escalation of banditry and kidnappings particularly across the North West. As a security and intelligence chief, his recent comments through the media has not only been reckless but unprofessional and provocative. Managing security issues is beyond the display of the usual rhetoric, fluent grammar or open and direct threats to criminals that are largely ignorant of even their own religion and under the influence of drugs. What Monguno and his likes succeeds in doing is provocating and instigating the highly armed bandits to go against innocent citizens even as he is fully aware that declaring war at a time you know you don’t have the capacity to fully protect people’s lives and properties is insensitive, unprofessional and highly irresponsible because the vulnerable public will be at the receiving end of such careless statements. Monguno as the NSA has maximum protection. That is why wherever he goes in today’s Nigeria he goes with intimidating securities. We expect him as a retired General and the NSA to move without security as most of us are force to despite the glaring risks involved. But he cannot.

We have as a result seen an escalation in abduction particularly in Niger and Kaduna states with the military clearly unable to prevent it. Monguno has dismissed the option of dialogue and engagement and the use of kinetic and none kinetic approach as recommended in a communique issued by the Northern Governors Forum during their meeting in Kaduna because of the desire to get President Buhari’s approval of $1 billion for the purchase of arms even though previous approvals could not end banditry and insurgency. NSA Monguno is not capable of executing this important tasks and the earlier the government realized that they cannot succeed with an NSA that has multiple interests at the expense of innocent blood the better for its legacy and the society that are being ravaged by attacks every day.

If as a journalist (not even a retired General like Buhari) I will be given the opportunity to analyse all the recent comments of NSA Monguno and its implications to national security and integrity of the nation and to take decision on it, the least decision i can take is to summarily sacked him.

Monguno knows very well that the bandits listen to radio stations probably more than those in government. Why did he make the reckless statements he made through the BBC Hausa service and expect the bandits not to respond in their own typical way? Must you as an intelligence officer disclose such pronouncements, such decisions that literally means declaring war against them through the radio and expect them to wait for you to strike first? I believe Allah has exposed Monguno because clearly he is among those that don’t want this war to end.

Another reckless statement in Monguno’s interview that is damaging to our national security interest which will even boast the morale of the bandits is his open admission that the country did not have arms, that there is no delivery yet and suggesting that the money provided for the purchase of the arms might have been diverted to something else and assured that the President will investigate. He said the President has gave sufficient money but the arms were not procured. He said the said the money is no where to be found and he didn’t see the arms. He seems to have forgotten the implication of exposing the predicaments of government at a time of war. And by implication, Monguno has probably forgotten that by his admission he has told the whole world that under President Buhari the whole office of the NSA is not even aware about military spending or the order and approval to procure arms and ammunitions. Even if there is such crisis which some of us are aware it is not supposed to be for public consumption because of its implications on national security. Monguno has also demonstrated by implication that the soldiers are toothless bull dogs because they are without weapons.

Another blunder from Monguno that sends very wrong signal is his response during the said interview to the claims of Governor Matawalle that President Buhari has approved the deployment of additional 6000 troops to Zamfara state. The NSA knows very well that a seating Governor is not likely to make such claims if the President did not actually approved it more so as such announcement is coming from an opposition Governor. The best an opposition Governor will do in such circumstances if it is not true is to further indict the APC federal government but not to give it a credit of approving such large troops. For the NSA to expose the deficiency of his government to categorically said that he as the NSA is not aware of the approval of additional troops to Zamfara even if it is true is most unfortunate. It shows clearly that while Governor Matawalle as an opposition Governor is being careful and protecting the image and action of the government, a serving NSA who supposed to be diplomatic and systematic in responding to issues that directly affects his government is obviously lacklustre and unprofessional may be because of certain grudges he has with either the Zamfara Governor or its people.

Now I can understand why Governor Matawalle is very much concerned and insisted on dialogue if that will bring peace to his people which as an insider I believe he is succeeding because I happens to be in the delegation of Sheikh Gumi that spent a week in Zamfara State. Through the initiative of dialogue Zamfara people can freely travel and go to farms now while attacks and killings has reduced by more than 90 percent. The Governor probably knows very well as we do that the option of force alone cannot end banditry, kidnappings and killings in his state. The NSA in his interview did not even know that the armed Fulani bandits have genuine grievances that government should listen and attend to as a measure of bringing the sad reality of our time to an end. If the NSA knows his job the President need not to tell him to find a means of reaching out to the bandits, discuss with them and prepare a security report to the President on it. He should even be the one that should convince the President on the right and practicable approach to follow but we have a system and appointees that only care about the monetary aspects of the job NOT actually the preservation of human lives and properties.

In the interest of Nigeria and if the President still insist that Monguno should remain in that sensitive position, he should immediately ceased from making further comments on security related issues because his ‘excellent’ gramma as unprofessional as it is has only resulted in more casualties, increased in attacks and abduction because he has by implication exposed not only the weakness of the government, the lack of coordination and military hardware but the approach to go about a very delicate war hence the confidence for example of the bandits to come to a public area like Mando in Kaduna to freely abduct their victims. What a shame!

Monguno’s approach is not workable and cannot end banditry and kidnappings. He should not allow us to even tell him to resign. He has woefully failed the nation and the President. Monguno should go while his office should be investigated.

Mamu is the Publisher/Chairman of DESERT HERALD Newspaper & Magazine. He holds the traditional title of Dan-Iyan Fika and a Masters Degree in International Affairs and Diplomacy from Ahmadu Bello University, Zaria. 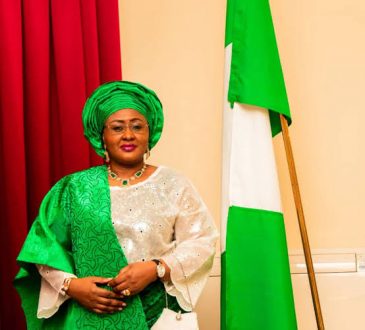 admin1 week agoApril 8, 2021
84
President Muhammadu Buhari is not among the dignitaries at the Conference Centre of the State House, Abuja, venue of the... 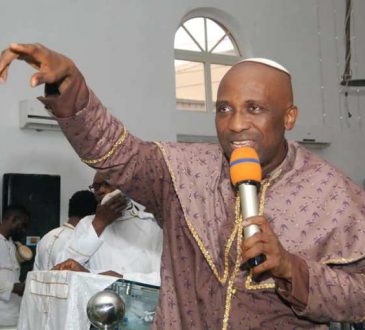 admin1 week agoApril 7, 2021
110
The leader of INRI Evangelical spiritual church, Primate Ayodele has made some revelations about the state of insecurity in Nigeria.... 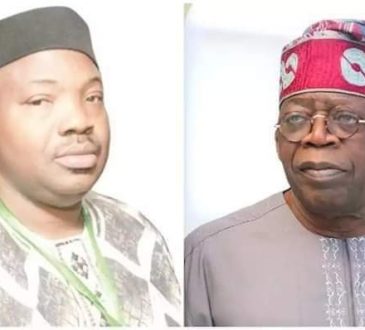 admin2 weeks agoApril 3, 2021
87
Like millions of Nigerians, I received with profound shock the news of the death early this morning of Mr. Yinka... 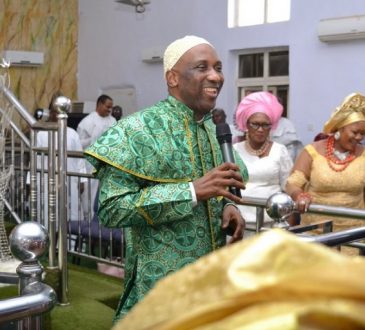 admin2 weeks agoApril 2, 2021
59
The Leader of INRI Evangelical spiritual church, Primate Babatunde Elijah Ayodele has prayed for peace in Nigeria and the world...