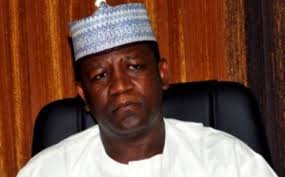 Some documents made available to this news medium revealed how the former governor of Zamfara state Abdulaziz Yari diverted millions of naira into his personal account. The documents also revealed how the former governor engaged into illegal mining despite the presidential order banning all forms of illegal mining in the state during his administration. According to the Auditor general of Zamfara government who indicted the former governor Yari, some consulting firms, namely; BIZZ-DESK GLOBAL SOLUTION LTD, BIZZ DESK GROUP LTD and Anshaib integrated Global Service Ltd, all with expert gold mining companies have been illegally mining gold for the former governor, despite the federal government order banning all mining activities in the state. The record, which was duly signed by the auditing officer also showed how the former governor illegally engaged five consultants to be collecting revenues acrued from the state revenues on monthly basis diverting the monies collected into a personal account number 0015698008 with access bank belonging to one lwuoha Ngozi Christiana which was not in the list of the approved accounts of the board of internal revenue during the last administration.