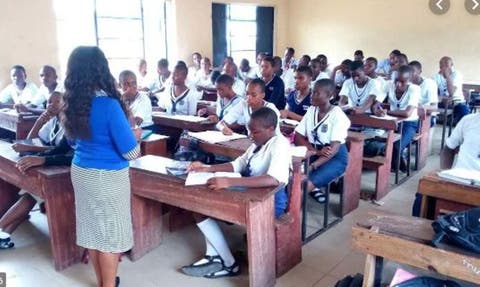 A group, under the aegis of Apapo Oodua Koya, yesterday, advised governors of Ogun, Oyo and Ondo states to put measures in place to stop terrorists allegedly planning to kidnap school children in their states.

But the Chairman of the South-West Governors’ Forum, Governor Rotimi Akeredolu, said enough measures have been put in place to curb the excesses of criminals in the states.

This came on a day coordinator of the Oodua People’s Congress, OPC, in Oyo State, Mr. Rotimi Olumo, yesterday, faulted former Minister of Aviation, Mr. Femi Fani-Kayode’s claim that the kidnap kingpin, Abdullah Iskilu-Wakili, being interrogated by the police, was not the most dreaded Wakili terrorising Igangan and its environs noting that Fani-Kayode’s claim on Wakili was untrue and misinformation taken too far.

The Yoruba group, through its leader, Ahmed Akorede in a letter addressed to the governors said it has received information that the armed terrorists in Ogun, Oyo and Ondo forests are targeting primary and secondary schools in the three states where they plan to kidnap pupils.

It claimed that the terrorists are now busy planning how they will attack their targets in Ondo, Oyo and Ogun States.

The statement reads: “They are gradually building armed fortresses. The groups are coordinated and linked with the kidnappers in Niger, Zamfara and Kaduna States.

“We got the information through credible intelligence. We can tap some of the communication of the insurgents usually rendered in Fulfulde. They are planning to kidnap school children in large numbers in any or all of the states mentioned above.

“They are currently located at Yewa in Ogun State; they are in Oke-Ogun in Oyo and Idanre-Ondo town axis in Ondo State.

“It is our responsibility to inform you of information at our disposal. We hope you begin to trust our intelligence beginning from two years ago when we warned the Southwest Governors about armed Fulani cells spread across the South West forests.

“If you allow this kidnapping to take place, you will be helpless because the security network you have around you is not for you but designed and controlled by enemies of Yoruba nation.”

But Governor Akeredolu, in his reaction, said: “While governments in the South-West would not have taken the threats seriously, the arrangements put in place by the various states cannot be subjected to public debate or discourse.”

Speaking through his Chief Press Secretary, Richard Olatunde, the governor said: “Enough measures have been put in place, especially in Ondo State, to curb the excesses of criminals.”

Meanwhile, the OPC boss,  while reacting to the former minister’s claim that the kidnap kingpin apprehended and handed over to the police on Sunday was not Wakili, said Fani-Kayode utterances merited no response.

Olumo said: “Fani-Kayode has a reputation for using his social media page to foment trouble and cause disunity in Yorubaland. He had once said that the Yoruba language was Anago. How can you take such a person too seriously?

“He lives in Abuja, yet he was the first to refute the claim that the kidnaper was not Wakili. Where did he get his information?

“He should be warned to stop drumming the beat of disunity in Yorubaland. Fani-Kayode was one of the few people that called and congratulated our leader, the Aare Onakakanfo of Yorubaland, Iba Adams on Monday, on the success of the operation of the OPC, and the following day, he twisted the story refuting the claim that the man apprehended wasn’t Wakili”

Narrating his experiences during the raid in Igangan, Olumo said: “The operation that led to Wakili’s arrest and three other persons in Igangan lasted for over five hours, with a fierce battle between the OPC, the joint security operatives and the kidnappers, however, in the end, Wakili was apprehended, but his son, Abu escaped during the duel, using cows as cover.”

“Even the Ayete monarch, Oba Emmanuel Okeniyi, and a prominent group in Igangan also corroborated our claims that Wakili is their major problem in Igangan, applauding the OPC for rising to the occasion at the most important moment.

“Wakili’s story is a testimony of what OPC can achieve as a group with formidable structures across the country. So, in our desire to rid the South-west of criminal herders and kidnappers, we are determined to complement the efforts of the police and other security outfits.”