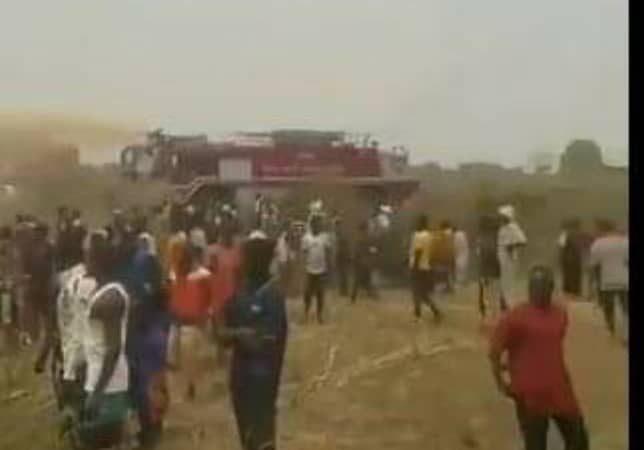 A military aircraft, King Air 350, en route Minna, has crashed in Abuja, shortly after departure due to reported engine failure.

The plane which is reported to have 6 persons on board including two crew, crashed landed on the final approach path of Abuja Runway 22.

Minister of Aviation, Hadi Sirika, confirmed the incident in his official twitter handle.

He tweeted: “A military aircraft King Air 350 has just crashed short of our Abuja runway after reporting engine failure enroute Minna. It appears to be fatal.

“We should remain calm & wait for the outcome of investigation by the military, while we pray for the departed soul/souls if any.”