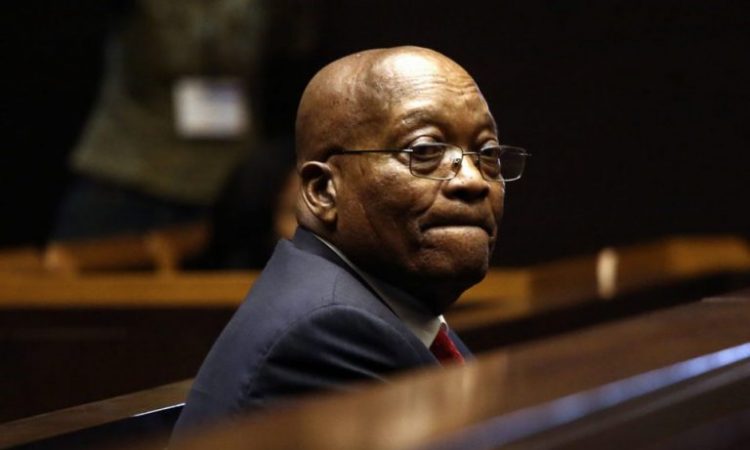 South Africa’s embattled former president Jacob Zuma failed to appear on Monday before a judicial panel probing corruption during his nine-year tenure, again defying a court order for him to testify.

Zuma, 79, who has snubbed previous summonses by the commission, refused to comply with the order from the constitutional court which ruled last month that he has to appear before the panel this week.

The court in January ruled that Zuma had no right to remain silent during the proceedings.
He accuses the commission of bias and has demanded that its chair, deputy Chief Justice Raymond Zondo, recuse himself from the anti-graft inquiry.

In a letter penned by Zuma’s legal representatives, Mabuza attorneys, his lawyers said their client “would not be appearing before the commission on 15-19 February”.

Adding that appearing before deputy chief Justice Zondo would “undermine and invalidate the review application over his decision not to recuse himself”.

Zuma’s resistance comes a day after the ruling African National Congress reiterated the need for all its members to cooperate with the commission.
“To allow anything else would lead to anarchy and open the floodgates easily for counter-revolution,” the ANC said in a statement on Sunday.

Zuma, who came to power in 2009, was forced to resign in 2018 over graft scandals involving an Indian business family, the Guptas, who won lucrative contracts with state companies and were allegedly even able to choose cabinet ministers.

He set up the commission shortly before his ouster and only testified before it once in July 2019, but staged a walkout days later.

admin3 hours agoMarch 3, 2021
22
An Abuja Chief Magistrate Court sitting at Wuse Zone 2, on Tuesday, adjourned the trial of activist and convener of...

admin14 hours agoMarch 2, 2021
27
Nigerians on Tuesday showered encomiums on the General Overseer of the Redeemed Christian Church of God, Pastor Enoch Adeboye, as...

admin14 hours agoMarch 2, 2021
21
Nigeria has received nearly four million doses of the COVID-19 vaccine, shipped via the COVAX Facility, a partnership between CEPI, Gavi, UNICEF, and WHO. It was...