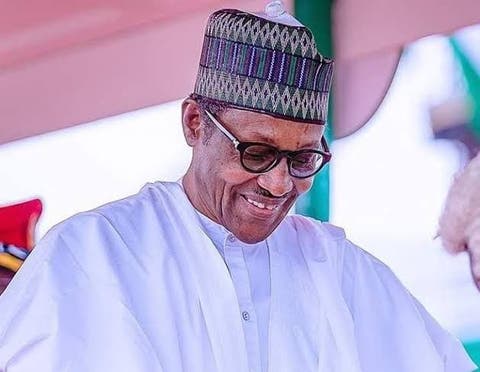 President Muhammadu Buhari has described as welcome development the pronouncement of the Office of the United States Trade Representative, signifying withdrawal of the country’s objection to the emergence of Dr Ngozi Okonjo-Iweala as Director-General of World Trade Organisation (WTO).

The Nigerian leader made his feelings known in a statement by his Senior Special Assistant on Media and Publicity, Malam Garba Shehu, in Abuja on Saturday.

The News Agency of Nigeria (NAN) reports that President Buhari had been at the vanguard of the campaign for the emergence of Okonjo-Iweala as the Director-General of the WTO.

The president said: “We certainly welcome the decision of the new U.S. administration to remove the last obstacle in the path of Dr. Okonjo-Iweala to becoming the first female and the first person of African descent to lead the organisation,” said the President.

“Nigeria and the entire African continent are happy about this new U.S. position, which signifies a shift and an important turnaround in the relations between our continent and the United States under the Biden administration.”

“Today, we see that the United States stands with Nigeria and Africa with the acceptance of our widely respected citizen, Okonjo-Iweala to lead the WTO.’’

According to Buhari, Nigeria looks forward to working closely with Biden led U.S administration with a view to addressing all issues of common interests to both countries.

“We look forward to working very closely with the new U.S. administration on this and all issues of common interests, especially in such areas as accelerated economic growth, fight against terrorism and deepening progress on development issues.’’

NAN reports that Okonjo-Iweala had on Feb. 5 in her Twitter handle expressed gratitude shortly after she was endorsed for the WTO job by the U.S. government.

She further tweeted: “Grateful for the expression of support from the U.S. today for DG @WTO. Congratulations to Madam Yoo of Rep. Korea for a hard-fought campaign.

“Thank You President Muhammadu Buhari @MBuhari &all Nigerians for your unflinching support. Thank you, friends. Love to my family. Glory to God.”

The United States government announced its endorsement of Okonjo-Iweala in a statement by its office of trade representative on Feb. 5.

Ogunleye1 day agoOctober 24, 2021
390
Dori, Burkina Faso – Lying concealed atop his bus while watching armed men murder people below, the only thought that brought...