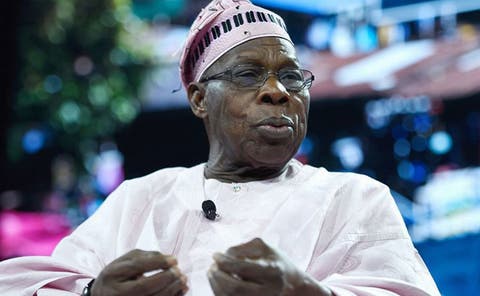 FORMER President Olusegun Obasanjo has thrown his weight behind the call for state police, saying the country is ripe for such a change.

While insisting that there were different views on restructuring, he said there was the need for devolution of powers, responsibilities and resources to allow for healthy competition among states.

Obasanjo spoke on Sunday during a virtual interview hosted by a historian and columnist, Toyin Falola.

The former president had rejected calls for state police, saying it was not right for the country.

He was quoted to have said such would take the country back to the 1950s.

However, during the interview, Obasanjo supported a statement credited to the Governor of Taraba State, Darius Ishaku, that the country would know no peace until it instituted state police.

“Why can’t we now have state police? I have been to a country like Colombia, in the last five years, at least a dozen times. They did exactly what we did. They moved from local and state police to national police. But now, they have gone back to state police or provincial police. Why can’t we do that? If we do that, there will be no need for Amotekun.

“The Federal Government can have mobile police and station them in strategic places, and only deploy when the state governor requires for it,” Obasanjo added.

He also queried the involvement of the Federal Government in secondary schools and agriculture, saying such responsibilities should be given to states.

Meanwhile, the Senate Committee on Constitution Review is considering the bill sponsored by a former deputy president of the Senate, Ike Ekweremadu, as part of the amendments to the 1999 Constitution.

The Media Adviser to the former DSP, Uche Anichukwu, confirmed to our correspondent on Monday that Ekweremadu’s bill on state police was among the proposals being considered by the Senate panel.

He said, “The former DSP, who is also playing a major role in the Senate Constitution Review Committee actually sponsored a bill on state police. His bill and others are being considered by the committee at the moment.”