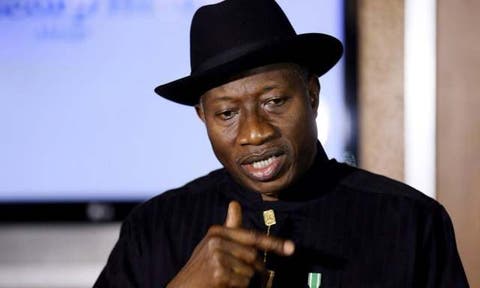 Former President Goodluck Jonathan has on Thursday said restructuring the country had its benefits but the elites must de-emphasize issues that polarised the people.

He said, “We cannot restructure without solving issues that polarize us which are nepotism, ethnic and religious differences and lack of patriotism.

“Also, discussion on restructuring will not help except we restructure our minds. Some of the challenges faced at the national level are still there at the state and local government levels, and sometimes even in our communities.

“From Independence, the struggle was that politics was based on regions and there was this tension. It’s a dynamic blow between the regions who will produce the national leaders and that is still hunting us till today.”

Drawing morals lesson from the story of ‘Baby Frog and Baby Snake’ who related as friends until their mothers told them separately that one was food for the other, Jonathan warned, “Our conversation in this country is taking the dimension of baby frog and baby snake. We are making our children hate themselves.”

Nonetheless, he rejected the twin ideas of the one-party system and unitary system of government as a panacea to the current state of political polarisation in the country.

“Let me state for the records that I strongly oppose both the philosophy and the idea of a one-party system as well as the unitary system of government as a solution to ethnic and cultural diversity. That cannot solve the problem,” he stated.

Earlier in his address, Alhaji Kabiru Yusuf, the Chairman of Media Trust Ltd, organizers of the event, recalled that the ruling All Progressives Congress (APC) while campaigning in 2015, pledged widespread constitutional reforms in the light of establishing true federalism. He added that the party even set up a committee headed by Governor Nasir El-rufai to look into the matter.

Yusuf noted that the Elrufai Committee accepted the ideas of restructuring such as state police, revision of revenue sharing formula and abolishment of the third tier of government and that the recommendations of the Elrufai-committee were accepted by all the organs of the APC.

However, he said it was regrettable that not much has been heard about the issue since the party won a second term two years ago.

admin4 hours agoJune 19, 2021
23
Angry residents of Anguwar Magaji in Chikun Local Government Area of the state, have blocked the ever-busy Kaduna-Abuja highway in...