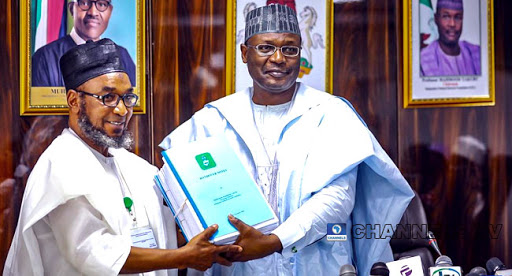 The development followed the expiration of the 5-year tenure of Prof. Yakubu.

President Muhammadu Buhari had on October 27 reappointed Prof. Yakubu for a second term of five years. His reappointment is subject to confirmation by the Senate and so AVM Muazu would only hold sway in the interim.

At the handing over session, Yakubu said the subsisting National Commissioners had resolved that Muazu should take charge of the affairs of the commission.

He said; “As you are already aware, the renewal of my tenure as Chairman of the Commission has been announced, subject to confirmation by the Senate.

“Our work as election managers require us to enforce the law, regulations and guidelines. In doing so, we must demonstrate strict respect for, and compliance with, the Constitution of Nigeria and subsidiary laws.

“Consequently, it will be inappropriate for me to remain in office beyond today, 9th November 2020, without confirmation by the Senate and swearing to another oath of office as provided by law.

“Pending the conclusion of the statutory process, the remaining National Commissioners have resolved that AVM Ahmed Mu’azu (rtd) will oversee the affairs of the Commission. It is therefore my pleasure to hand over to him in the interim. We have worked as a team for the last four years. Therefore, there is nothing new to anyone of them”.

The chairman and national commissioners are appointed for five years which may be renewed for a second and final term.

Except for Amina Zakari and Prince Soyebi, the outgone three national commissioners are qualified for reappointment just as Yakubu.

Muazu performed his first task by coordinating the swearing in of a new Resident Electoral Commissioner REC, Chukwuemeka Joseph Chukwu from Abia state

At the event, he said; “I want to remind you of the essence of the oath in your hand and I have no doubt that you will discharge your duties accordingly.

“You must remember that as a REC, you will be the chief accounting officer for the state your are deployed to”. 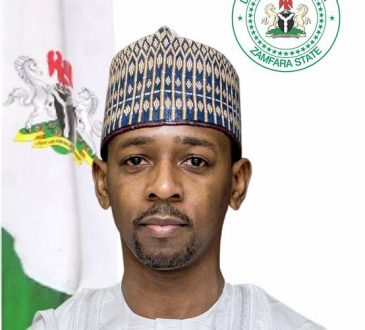 admin1 day agoJuly 30, 2021
43
Prior to an invitation extended to His Excellency the Deputy Governor of Zamfara state Mahdi Aliyu Gusau by the state...