HomeNEWSBeneficiaries To Get Between N250,000 To N5m Each From N75b Youth Fund –Finance Minister
NEWS
admin9 months agoNovember 2, 2020no commentNo tags 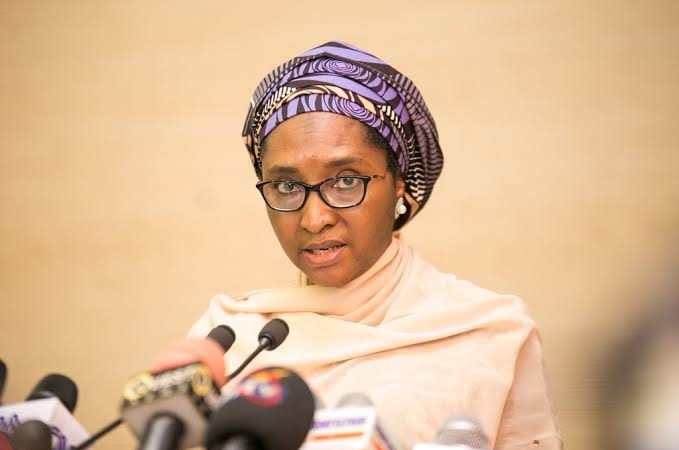 While speaking to 77 District Heads and religious leaders in Kaduna in continuation of President Muhammadu Buhari’s directive to all his cabinet members to return home and interface with their constituents on the efforts of the present administration towards national development ,the minister said youths could  access the N75 billion entrepreneurship youth support fund, as each benefiting youth would get an amount ranging from N250,000 to N5 million.

“The amount accessible to each beneficiary would be dependent on their business idea, proposal and their repayment plan. The interest-free loan is expected to be paid back to the Government within the period of five years,’ she said. According to the Minister, the meeting was designed to get inputs on best ways to empower the youths in reaction to the #EndSARS protest which metamorphosed into looting.

She appealed to religious and traditional leaders to help sensitize parents at community level on the need to instil family values on their children. “We are calling on the attention of parents that we have failed our children in the sense that the kind of value we use to have is no more. We need to remind ourselves that our children needs to be upright and that, this criminality going on a daily basis are not for their benefits and the benefit of the state and country.”

The Minister of Environment, Dr. Mohammed Mahmoud Abubakar, on the occasion, called on stakeholders to put hands on deck in supporting government in the discharge of its duties of protecting lives, property and also in job creations. He said youth should be self reliant by focusing on skills acquisition and not to be over dependent on government.

He urged the leaders to be advocates of peace in all their dealings for meaningful development The Kaduna state Deputy Governor, Dr. Hadiza Balarabe, said the recent spate of lootings and destructions of public and private property across the country, was condemnable. Hadiza appealed to the traditional and religious leaders to sensitize their subjects and followers to always uphold law and order.