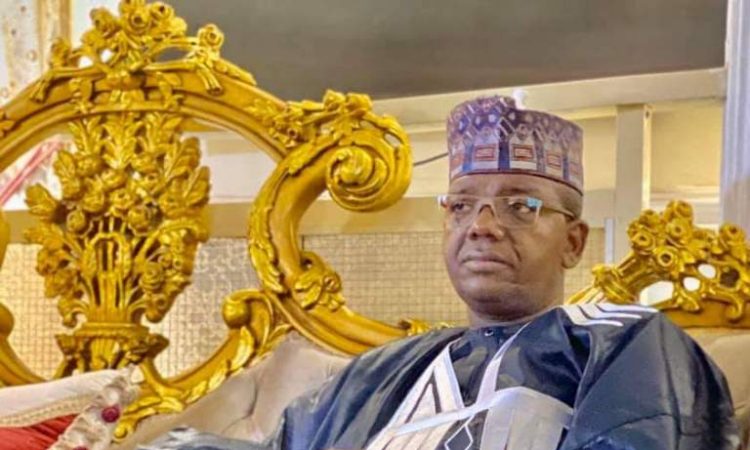 A University across the shores of Nigeria, the African Institute of Science, Administration and Commercial Studies (IAEC) situated in Lome, Republic of Togo has identified and recognized the examplary leadership style and quality of Governor Bello Mohammed MON Matawallen Maradun leading to the conferment of Honorary Doctorate Degree (Doctor Honoris Causa) on him.

The university which was established as far back as 1986 and specially recognized by the United Nations Education, Scientific and Cultural Organization (UNESCO) which is the body that approves and ranks universities all over the world, also said it identified with the Zamfara Governor’s passion, commitment and great enthusiasm in providing strategic leadership and selfless service to the people of the state and the Nigerian nation in general which earned him the award of HONORARY DOCTORATE DEGREE in LEADERSHIP AND ADMINISTRATION.

The institution’s Governing Council which transmitted this goodwill through its Registrar, Mr. Jean-Hermann Mensah noted that the governor’s efforts have contributed immensely to the development of all sectors of human endeavour including several corporate organizations and overall development of the human society.

The university which provides training in business, science and technology to many local and foreign students especially from Central African Republic, Mali, Gabon, Benin, Burkina Faso and Nigeria is billed to formally confer the award on the Governor at the Polais De Congress, Lome, Togo Republic on Saturday, the 31st October, 2020.

The delegation which departed Nigeria’s soil this morning at 8:35 via the Murtala Mohammed International Airport, Lagos is expected back within the first week of November, 2020.