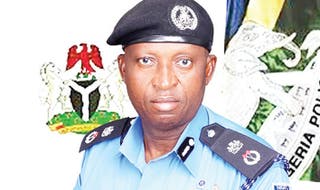 The Lagos State Police Command has again described the rumour of the alleged cell break, which was widely published in some dailies and on the social media, as mendacious, mischievous and a calculated attempt to destabilize officers and men of the command, security architecture of the state and the General public at large.

Despite the stance of the command on the alleged cell break, some individuals and groups still went ahead to spread such ignominious rumour with a view to painting the state unsafe and being in a state of chaos.

For emphasis sake, suspects in the disbanded SARS cell were only censured and shared into some of our facilities within the state after being taken over by the State Criminal Investigation Department for proper audit and accountability as directed by the Commissioner of Police in compliance with the IGP’s directive and COVID-19 regulations.

*Without mincing words, the Commissioner of Police, who is the number one police officer in the state remains the only and most reliable source of genuine information, as it concerns the command, has confirmed and still hereby reiterates that the suspects in the cases being handled by the disbanded SARS and other tactical units in Lagos State did not break the cell. They remain intact*

The police boss therefore appeals to the General public especially gentlemen of the press to always confirm stories (rumours) before publication as such a sensitive issue like the alleged cell break could trigger security threats and pandemonium in the state.

He further assures the general public of adequate safety and people-oriented policing in Lagos State as the police continues to manage the ongoing challenges in the state.