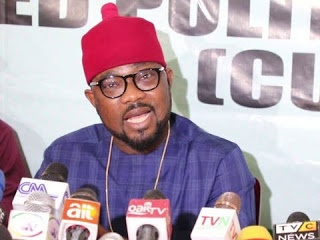 The Action Peoples Party (APP) and the Organised Civil Society groups for Defence of Equal Access to Natural Resources(CSO4DEAN) have raised the alarm over alleged deliberate attacks being unleashed on the efforts of Zamfara State Governor, Bello Mattawale, and the Federal Government to flush out illegal miners and sanitise, regulate commercialise the gold deposit in Zamafra state.

The National Chairman of APP and joint convener of the group, Ikenga Ugochinyere, in a statement issued on Friday said rather than commending him for keying into the Federal Government’s mantra of diversifying from crude oil and raising national revenue through gold mining, these ‘clearly sponsored self-appointed public commentators have been calling for the hardworking governor’s head for doing absolutely no wrong’.

He accused the immediate past governor of of the state, Abdulaziz Yari, of working hand in hand with some cabals in the Federal Ministry of Mines and Steel Development and the displaced illegal miners and promoters of banditry to sabotage the efforts of the Governor and President Muhammadu Buhari to diversify into solid minerals mining.

Ugochinyere while commending efforts of Governor Mattawale, said the attacks on the governor were unwarranted because mining licences and rights were issued by the Federal Government and not the state.

According to him, ”It is not in doubt that some enemies of state and the country in general have over the years become illegal billionaires in Zamfara State by virtue of their illegal activities around the gold deposit. These unscrupulous persons have resolved not to fold their hands and see their illegal source of ilicit wealth come to an end without putting up a fight. This is why they and their greedy agents in high places are fighting tooth and nail to retain the gold treasure which is available in commercial quantity in the state to themselves.

”We hereby state that the governor’s efforts towards organising mining activities in the state with the support of President Buhari is a step in the right direction and one that deserves commendations of right thinking members of the society. The idea, as we understand it, is meant to build alternative source of revenue for the country, away from oil.”

”We therefore call on all stakeholders to (instead of attacking the already yielding result efforts of Gov.Mattawale), support and commend the governor in his bold move to expose the big gold thieves in the state and harness the resources into national treasury. We also state that the attacks on the governor and the support of the Federal Government, through the Central Bank of Nigeria, to artisanal miners and gold purchase initiative are misguided and efforts by displaced illegal miners to distract the governor.

”The CBN/Mattawale Initiative should be commended by all patriotic Nigerians, as the move is legal, patriotic and a foundation for accelerated economic boom that will pull Nigeria out of economic challenges.We call on well-meaning Nigerians to support this initiative and ignore the ranting of the criminal and selfish elements among us.”

admin13 hours agoAugust 1, 2021
16
Says AGF Should Guide PSC As It Has Received No Formal Report On Allegations Against Abba KyariSays It Will Conduct...

admin3 days agoJuly 30, 2021
69
DCP Abba Kyari has reacted to the alligation trending on his involvement with hushpuppi. "Friends: Abbas who we later came...