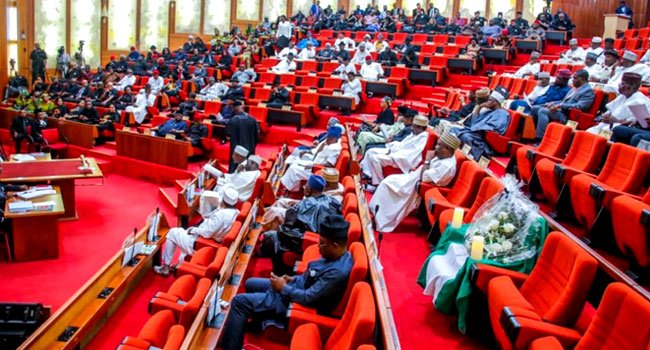 The Senate moved on Wednesday to place the Nigerian Sovereign Investment Authority (NSIA) on a 20 per cent first line charge from all revenues accruable to the Federation Account.

In his lead debate, Akpan said the Bill seeks to amend the Allocation of Revenue (Federation Account, Etc.) Act, “to make the NSIA a first line charge beneficiary of the Federation Account for saving purposes”.

He added: “The Bill seeks to amend Section 1 of the principal Act to provide for additional funding for the NSIA by including the NSIA as a first line charge beneficiary of the monthly distributable funds from the Federation Account.

The Bill was referred to the Senate Committee on National Planning for further legislative work.

President Muhammadu Buhari had, on Tuesday, transmitted the Bill to the National Assembly for consideration and passage.

Senate President Ahmad Lawan directed the Acting Clerk of the Senate, Dauda Ibrahim El-Ladan, to ensure that a copy of the Bill is given to each senator in preparation for its second reading next week.

Lawan and House of Representatives Speaker Femi Gbajabiamila had, at the weekend, pledged to break the jinx that had militated against the passage of the Bill after several attempts by the National Assembly.

While the Senate President said the lawmakers need to understand the Bill to ease its passage, the Speaker said the National Assembly would not sacrifice thoroughness on the altar of speed.

Minister of State for Petroleum, Timipre Sylva, said contrary to reports, the new PIB seeks to commercialise the Nigerian National Petroleum Corporation (NNPC) rather than abolish it.