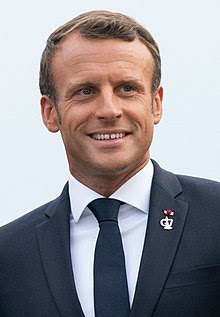 Mali’s military junta must restore power to civilians and arrange quick elections, France’s president said on Tuesday, warning that the French role in fighting Islamist militants in the region would depend on it.

France, the former colonial power in Mali and now with some 5,100 troops fighting jihadists across the Sahel region, worries that the Aug. 18 military coup will set a dangerous precedent and undermine the campaign against militant Islam.

“They (the junta) must put Mali on the irreversible path of returning to civilian power and organise rapid elections,” Macron said in a speech to the United Nations General Assembly. “France, like its African partners in particular, can only remain engaged on this condition.”

Despite France’s military involvement and the support of the United States and some European powers, security has been progressively worsening since Paris intervened in 2013 to stop a jihadist advance to the Malian capital, Bamako.

Critics in the region have increasingly scorned Paris for failing to restore stability. Anti-French sentiment has grown as militants linked to al Qaeda and Islamic State have strengthened their foothold, making large swathes of the West African country ungovernable and stoking ethnic violence.

“The second these states want us to leave or consider that they can fight terrorism on their own, we will withdraw,” Macron said. “On this subject we will remain extremely vigilant.”

Several dozen people held an anti-French protest in downtown Bamako on Tuesday, the day Mali also celebrated the 60th anniversary of its independence from France. They chanted anti-French slogans and decried the presence of French troops in Mali, while some waved Malian and Russian flags.