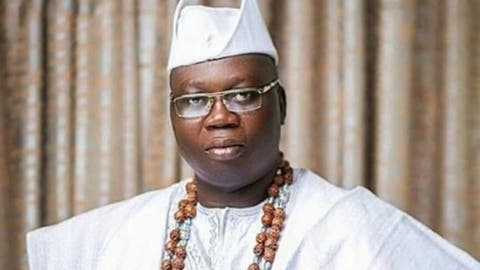 The Aare Onakakanfo of Yorubaland, Chief Gani Adams, on Wednesday, claimed that armed terrorists have occupied Kishi, a town North West of Oyo State, and the Old Oyo National Park.

Adams, in a statement y his Special  Assistant on Media, Mr Kehinde Aderemi, said the development portends great danger to the security of the South-West zone.

The statement indicated that the armed groups engaged in kidnapping and also destroyed the people’s means of livelihood and access to forest resources.

It read, “The reports range from ceaseless kidnapping, rape and threat to lives of Yoruba people in the Oke Ogun area with Kishi as the present hub of terrorist attacks. It is my responsibility to alert the public and also the relevant authorities.”

The statement added that the region was gradually becoming a haven for bandits and terrorists masquerading as herdsmen, warning that the situation must be nipped in the bud to prevent violence.

According to it, the gathering of armed groups in the area will affect the stability of the entire South-West which has the largest land mass of 28,454 square kilometers and listed as the 14th by size among the 36 states of the federation.

The statement read that the occupation of the land by armed groups is an assault on Yoruba heritage and civilisation, adding, “I have confirmed intelligence reports that the historic Kishi town has been ravaged by terrorists. Killing and kidnapping of over 100 people is frightening and worrisome.”