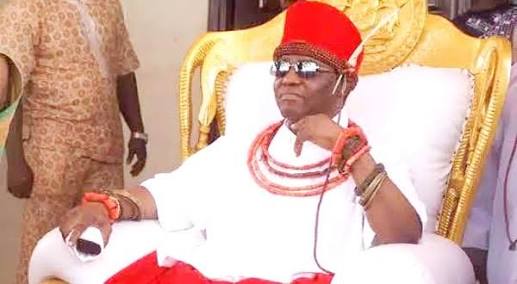 APPARENTLY worried by the violent dimension that campaigns are going, the Oba of Benin Omo N’Oba N’Edo Uku Akpolokpolo Oba Square II Thursday, said he would invite all the governorship candidates participating in the coming governorship election in the state to his palace to sign a peace pact especially, the two major political parties; the Peoples Democratic Party (PDP) and the All Progressives Congress (APC).

Oba Ewuare II said this while receiving, Chairman, Independent National Electoral Commission, (INEC), Prof. Mahmud Yakubu and his entourage in the palace where he said the peace pact would enable them to talk to their followers to eschew violence before, during and after the September 19 governorship election.

The Oba said politicians must learn to emulate the immediate past President of Nigeria, Goodluck Jonathan who for the interest of peace and the unity of the country accepted the outcome of the presidential election which eventually saw Muhammadu Buhari as the nation’s president as at today.

He maintained that the palace has always remained neutral in the state’s politics but has regards and concerns for the candidate who has respect for the traditional institution, create jobs for the people so that can put foods on their families’ tables and respect the masses.

The monarch further said to douse the political tensions in the nation’s politics, a single term system should be encouraged noting that such will not only cut costs but also reduce the undue tensions that are associated with it.

Earlier, Chairman of INEC, Prof. Yakubu Mahmud said they were at the palace to seek his blessings ahead of the election believing that the palace has a powerful voice that should be listened to and obeyed by the people of the state.