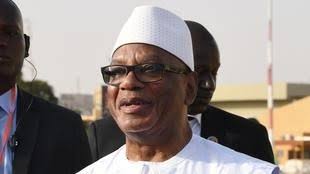 Former Mali President Ibrahim Boubacar Keita has been set free by the military that seized power from him earlier this month, the outlet Jeune Afrique reported on Thursday.

According to the media outlet, citing his family, Keita was brought back to his residence in Sebenikoro early on Thursday.

During his detention, Keita has been displaced several times. He expressed a wish to temporarily leave Mali for Abu Dhabi in the United Arab Emirates, the media outlet added.

The military mutiny rocked Mali on August 18, when a group of Malian soldiers took control over a military base near Bamako and seized Keita and some other high-ranking officials.

After Keita announced his resignation and the dissolution of parliament, the rebel leaders established the National Committee for the Salvation of the People (CNSP) as Mali’s main governing body.

Keita’s release had been the subject of negotiations between the CNSP and Western African regional bloc ECOWAS, as well as demands by leaders of countries across the world.