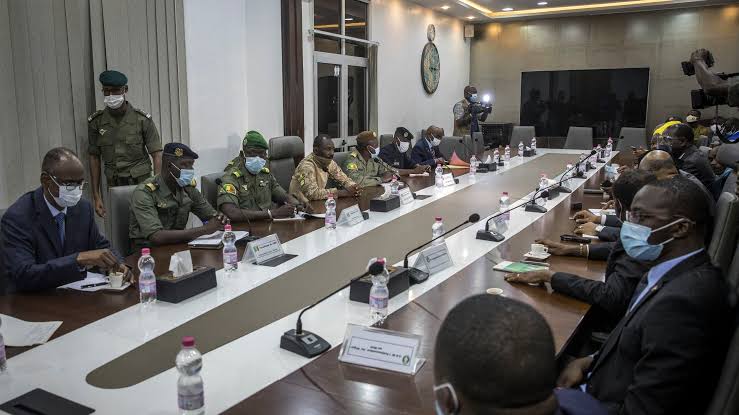 The military junta that seized power in Mali in a coup last week has said it will name a military transition government to rule for three years and will free the president.

Under the transition rule, military officials will serve as head of state and cabinet members.

The offer from the junta followed a meeting with the ECOWAS delegation, whic is visiting Mali to help find a peaceful solution.

“Both the ECOWAS team and the military officers want the country to move on,” Goodluck Jonathan, the former President of Nigeria and chief mediator of ECOWAS, said.

“We have reached a number of agreements but we have not reached agreement on all the issues.”

He has been detained with his prime minister and other government figures at a military base since the coup.

“Discussions continue,” Colonel-major Ismael Wague, who acts as a spokesman for the junta, said.

“We have had points of compromise on certain aspects and the negotiations will continue tomorrow. Thank you.”

Soldiers seized power in Mali on Tuesday, dealing another blow to the country already struggling with Islamist insurgency and widespread public discontent.

Mali’s neighbours have called for Keita, who has been in power since 2013, to be reinstated.